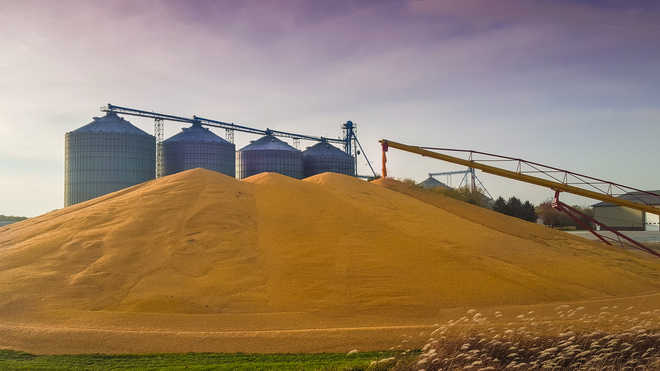 A group of nearly 500 farmers staged a protest outside a silo constructed by Adani Agro-Logistics at Dagru village in Moga district. Photo for representation only

A group of nearly 500 farmers staged a protest outside a silo constructed by Adani Agro-Logistics at Dagru village in Moga district.

Leading the protest, Sukhdev Singh Kokri, general secretary of the BKU (Ekta), said the protests would continue till the newly enacted farm laws were not rolled back. The second group of farmers and activists of Kirti Kisan Union, BKU (Krantikari), BKU (Lakhowal) and Hind Kisan Sabha continued to squat on railway tracks at the Moga city railway station.

Many women, including children, also joined the protests. Comrade Surat Singh, Nirmal Singh Manuke and other senior activists of the joint agitations said they would not talk to the BJP leadership till the controversial farm laws were rolled back.

Two other groups of farm unions staged protests on the highway at the toll plaza in Chand Purana village. — TNS