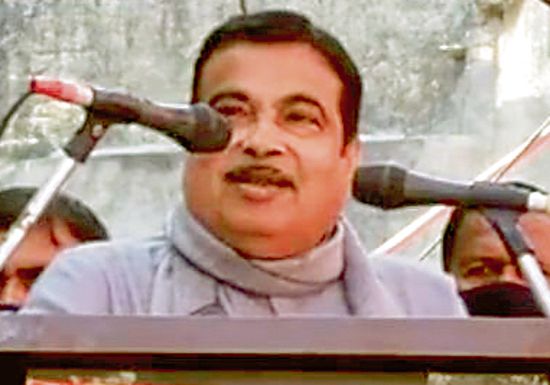 Union Transport Minister Nitin Gadkari today addressed an election rally at the industrial town of Mandi Gobindgarh in support of BJP candidate from Amloh and said the Centre would construct a road infrastructure worth Rs 5 lakh crore in Punjab by 2024.

He said the major problem being faced by the industry, farmers and transporters was high logistic cost. He said in China the logistic cost was 10 per cent, in European countries 12 per cent, but in India it was up to 16-18 per cent, so the rates of products were high, which couldn't compete at international level. He said he was making all-out efforts to bring it to 10 per cent by constructing infrastructure.

He urged the people to give a chance to the BJP in Punjab so that it could be made one of the most-advanced and debt-free states. Farmers, industrialists and traders would have field days, he said. —