600 cops swoop down on 'drug haven' Ganna Pind near Phillaur 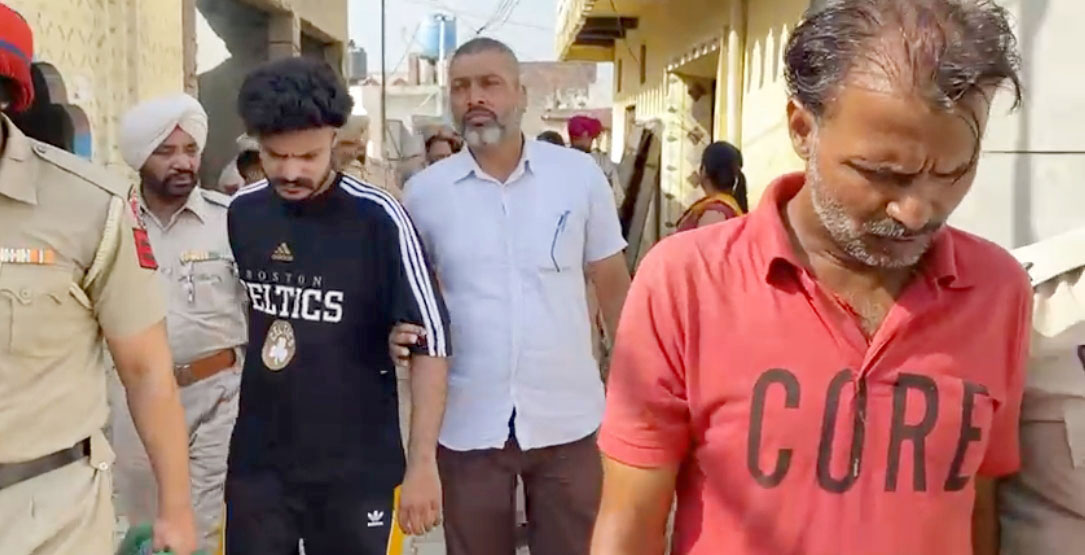 The accused in custody of the police at Ganna Pind on Sunday.

In a major raid against drug peddlers, at least 600 police personnel along with a team of the STF today raided Ganna Pind near Phillaur. They seized 92 kg of poppy husk, 60 gm of heroin, 260 litres of country-made liquor, Rs 5 lakh and some gold ornaments.

Six persons, including two women, were arrested. Five cases under the NDPS Act and Excise Act were registered.

As many as 45 police teams carried out searches in 36 houses. Jalandhar SSP Swapan Sharma and Jalandhar STF chief Surinder Kumar led the operation, which lasted for over three hours.

Notorious for illegal drug activity, the village happens to be the one adopted by Jalandhar MP Santokh Singh Chaudhary. Phillaur MLA Vikramjit Chaudhary said, “Such an action was needed as the village is notorious for drug trade. The police are working in the right direction. I will demand setting up of a police post at the village.”

Ganna Pind has approximately 550 houses and at least 200 households have drug-related cases against them. Cases under the NDPS Act have been registered against nearly 300 residents. Illicit distilling of alcohol is also rampant in the village.

Police sources said they could only recover a meagre quantity of drugs as most of the peddlers were small-time, but repeat offenders. SSP Sharma said, “The raid was planned as we have been receiving complaints regarding illegal activities in the village.”