As many as 19 patients are critical and are on ventilator support, while 130 are getting level three critical care treatment and 460 are on oxygen support 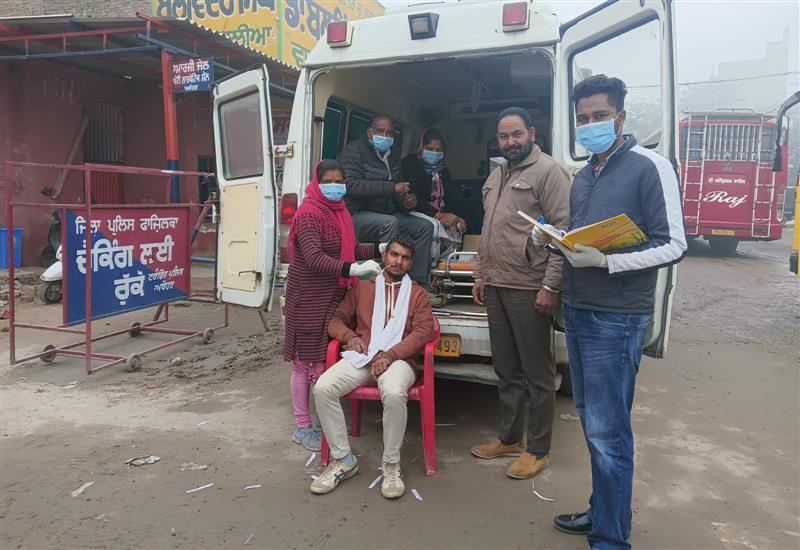 A health team collects a sample at Abohar bus stand on Thursday.

The state has reported 6,083 cases, including six deaths, in the last 24 hours. In the district-wise break-up of deaths, Amritsar, Hoshiarpur, Ludhiana, Pathankot, Patiala and SAS Nagar reported one death each. As many as 19 patients are critical and are on ventilator support, while 130 are getting level three critical care treatment and 460 are on oxygen support. 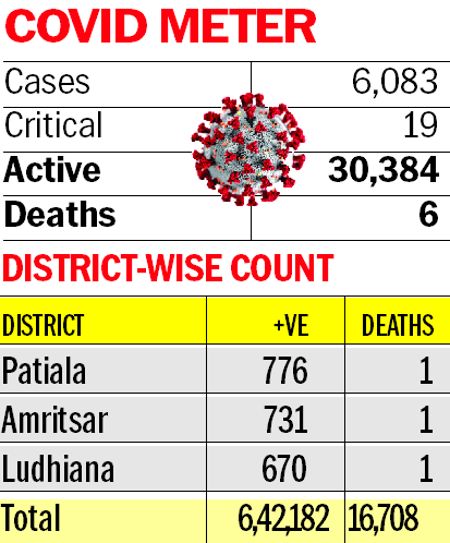 The state’s Covid testing has also increased with the Health Department conducting 35,720 tests. At 17.03 per cent, the positivity rate has witnessed a slight drop.

Meanwhile, the health authorities in Abohar tested passengers at the main bus stand on Thursday after the district administration instructed the Health Department to collect samples there and at railway station.

Health inspector Mohinder Kumar said samples of 44 passengers were taken by a mobile team at the main bus stand. Health Inspector Sanjay Rajput said 73 cases had been reported in the last 13 days.