Caught on CCTV | Minor had an accomplice, say police 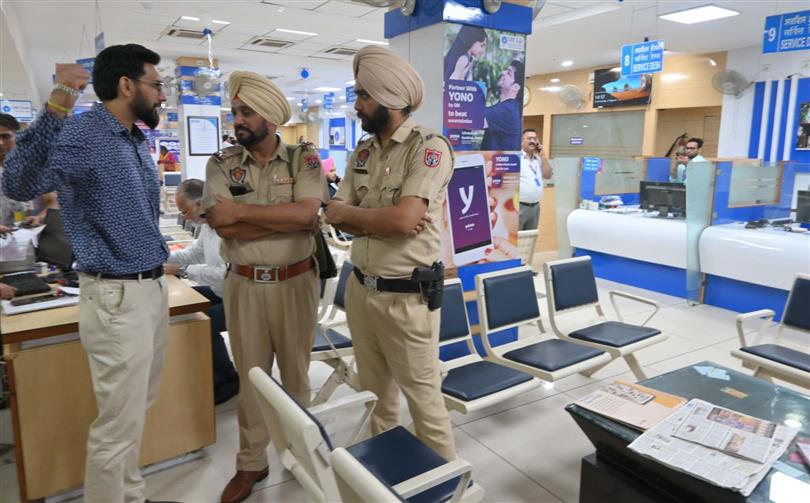 An eight-year-old boy, probably in connivance with another accused, allegedly walked away with Rs 35 lakh from the SBI’s zonal branch at Shera Wala Gate here. What has baffled the police is the fact that the minor exactly knew where the cashier had kept the money that was to be loaded to an ATM.

Sources said the incident took place around 12.30 pm on Wednesday when the cashier had taken out the money from the bank chest for loading it into an ATM. “As he left the bag of cash unattended inside the cabin, a child walked inside and took away the bag, barely able to walk due to its weight,” they said.

Later, the CCTV footage showed that the child was allegedly accompanied by a man. Once they were out of the bank, they stopped an e-rickshaw.

“It is clear that the boy had been trained to carry the bag. He executed the crime perfectly,” said a cop, investigating the matter. “The boy went inside the cabin knowing very well where the bag was and walked away without raising any suspicion,” he said. Bank officials said the incident occurred when employees and cashier were refilling the cash in the ATM outside the main branch. “Usually, no one is allowed in those cabins without authorisation,” an official said. Sources said the accused were dropped outside the bus stand. “Role of some insiders cannot be ruled out as the cashier had left the bag unattended only for three to five minutes. We are grilling two employees,” the official said.

“We have formed different teams to locate the accused. We have a few clues and will crack the case,” said Deepak Pareek, SSP, Patiala.

Role of some insiders within the bank cannot be ruled out as the cashier had left the bag unattended for three to five minutes. We are grilling two employees. — Police official