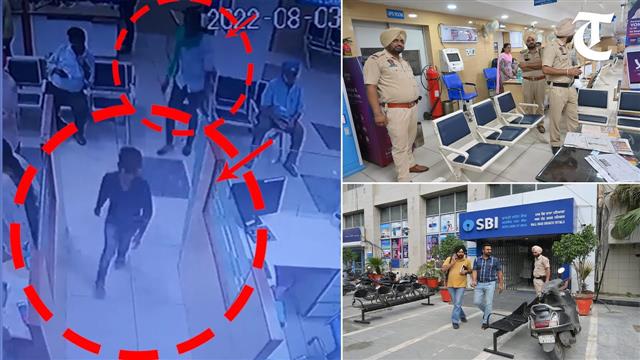 A day after an eight-year-old boy, probably in connivance with another accused, allegedly walked away with Rs 35 lakh from the SBI’s zonal branch at Shera Wala Gate here, the police are clueless about the accused and the missing cash.

What has baffled the police is the fact that the minor exactly knew where the cashier had kept the money that was to be loaded into an ATM.

The police have formed teams to track the two accused, but there is not much information.

“We tracked the e-rickshaw in which they had travelled after they came out of the bank. It dropped them near the bus stand. But from then onwards, there are some missing links,” said a senior police official.

In a footage now available with the police, the child along with an elderly man can be seen entering the bank premises one after the other some 20 minutes before the crime. “The crime was surely in connivance and we suspect that the gang involved is from outside the state. Though we have a few leads, the case is challenging,” said the police.

The police have let off the two bank employees who were questioned, but are contemplating writing to senior officials of the bank about lack of security at the bank.

We tracked the e-rickshaw, in which the boy and his accomplice had travelled after they came out of the bank. It dropped them near the bus stand. From then onwards, there are some missing links. — Police official