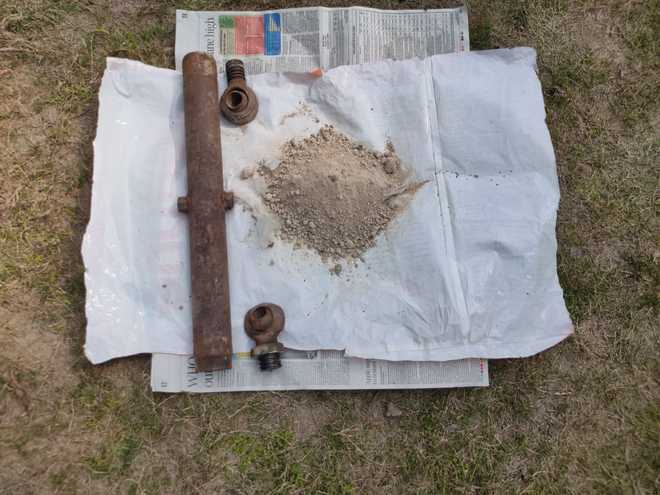 Sleuths belonging to the 136th Battalion of the BSF have recovered 895-gm heroin, which was concealed in a tractor near BOP Kassoke in this sector.

As per information, the estimated price of the recovered consignment was around Rs 4.5 crore. BSF DIG Surendra Mehta said the assembly part was recovered during a search operation. The tractor’s part (pipe) was lying abandoned in the fields ahead of the barbed wire fencing. When checked, 895-gm heroin concealed in the pipe was recovered.