95% houses to get zero bill in next cycle: Punjab CM : The Tribune India 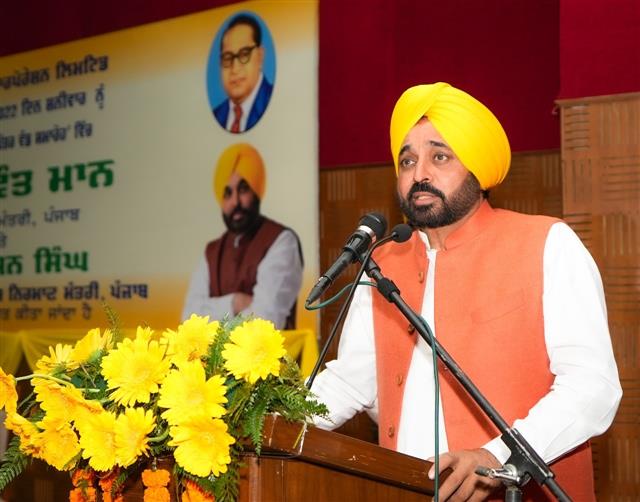 Describing the facility of free household electricity as a boon for the people of the state, Chief Minister Bhagwant Mann on Saturday said more than 95 per cent of the families in the state would get zero electricity bills in the coming months.

Addressing a gathering during a function organised to distribute appointment letters to 603 newly recruited cleared and Junior Engineers of the Punjab State Electricity Corporation here today, the Chief Minister said the government was providing 600 units of free electricity to the people in every cycle.

“For the first time, 86 per cent of the households in Punjab have received zero electricity bill and more than 95 percent of households will benefit from free electricity facility in the coming months,” the CM said.

Mann said this major move was a big relief for domestic consumers, who till now had to shell out hefty amount every month to pay their power bills, adding that the state government delivered whatever it promised in the campaigns.

“Punjabis had never even dreamt that the electricity bill of their homes will come zero. It has only become possible due to strenuous efforts of the state government. This has also helped in reducing power consumption as well as several families in the state have started using less power so that they can avail the 600 units of free electricity,” CM Mann said.

Making another big announcement, the CM said all efforts were being made to enhance the production of electricity in the state.

The CM said due to the efforts made by the state government, the coal mine allotted in Jharkhand near Pachwara had become operational and the supply of coal from it would begin in the first week of December. This would further increase power generation in Punjab, he added.

He said the mine had been lying closed since 2015, but none of the previous governments bothered to make it operational.