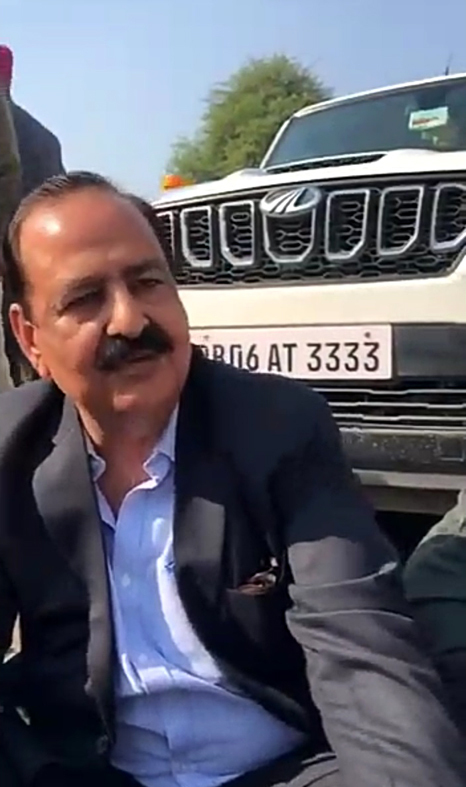 Abohar MLA Arun Narang sits on a road after farmers gheraoed him at Tarmala village in Muktsar. Tribune photo

They said the Haryana Government had recently stopped farmers from moving towards Delhi thus they would not allow him to go to Sirsa.

Later, Narang came out of his vehicle and sat with the agitating farmers. They asked him why he did not raise his voice at the Vidhan Sabha in their favour. On this, Narang assured them that he would appeal to the Centre to resolve the issue at the earliest.

The MLA was allowed to move after almost half-an-hour. Notably, a BJP leader from Haryana had to come to Abohar today and the farmers had gathered there to gherao her to oppose the three farm laws. However, when Narang reached there while moving to Sirsa to attend a wedding function, they gheraoed him.