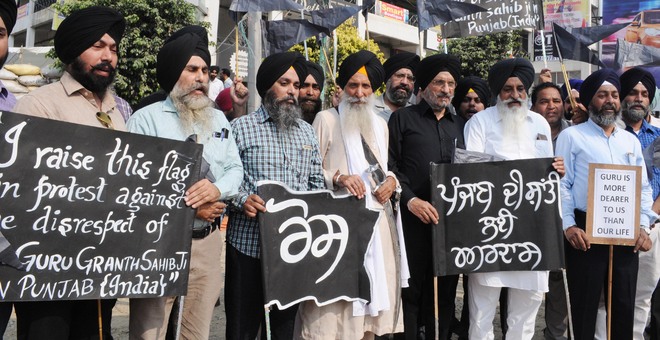 As allegations of “shoddy” handling of the Kotkapura police firing cases has set off churning within the Punjab Congress, a group of Cabinet Ministers and MLAs today categorically told Chief Minister Capt Amarinder Singh to act strongly against the perpetrators in the sacrilege and firing cases or else lose badly in the 2022 Assembly polls.

Chandigarh: Congress MP Partap Singh Bajwa on Friday said the High Court verdict in the Kotkapura case was a monumental failure of the Advocate General and his office. He said the government should constitute a new SIT in the case. Since the material collected during the probe was already with the government or the previous SIT. The new SIT would be able to complete its probe within a timeframe of one month and file challans, he added.

It was pointed out that the quashing of the SIT investigations had cast aspersions on the party’s resolve to take the perpetrators to task, resulting in leaders within the party like MPs Partap Singh Bajwa, Ravneet Singh Bittu and senior party leader Navjot Singh Sidhu questioning their own government to give justice to victims in the police firing cases. “The issue has brought us on a par with the Akalis,” said a senior leader.

Though no formal decision was taken in the meeting, it was decided to wait for the Punjab and Haryana High Court judgment before deciding the future course of action. Various options like challenging the HC order or appointing a new SIT chief were also discussed. It is learnt that the Chief Minister would be holding a briefing in the coming days.

Seeking answers for the apparent administrative lapses that had led to the High Court quashing the investigations of the Punjab Police SIT and removing its chief IG Kunwar Vijay Partap Singh, the ministers and MLA sought to know the concrete way forward to tide over the crisis and restore faith of the people in the probe being done against the Akalis.

It is learnt that Minister Sukhjinder Randhawa and MLA Kushaldeep Dhillon were vociferous on the issue. “A blame game between the police and legal department has started,” said a senior leader.