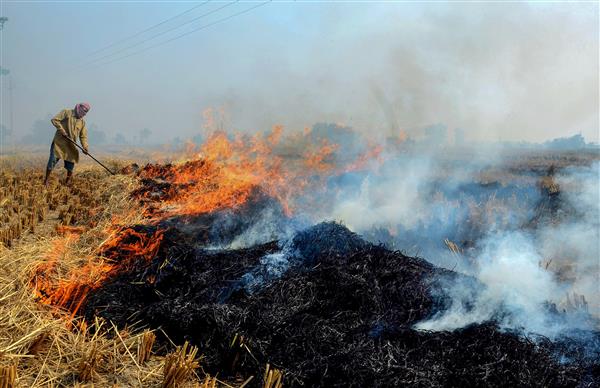 Farmers of the district have announced that they would continue to burn paddy stubble as the state government had failed to provide them the required number of machines meant to manage the same at subsidised rates.

12K applications in Sangrur this year

On the other hand, officers claim that till now, 2,262 happy seeders and many other machines had been provided to farmers so they should support the government.

“The government authorities are making big claims on paper, but the ground reality is different. Not all who have applied for getting machines at subsidised rates are getting them. Without the required equipment, how can farmers manage the stubble without burning it?” questioned Jagdeep Singh from Kanoi village. He has been sowing crops since 2006 on 38 acres without burning any stubble.

As per the data of the Sangrur Agriculture Department, this year, a total of 12,010 farmers had applied for machines on subsidy. However, the state government sanctioned only Rs 18.95 crore. With this, the authorities have issued sanctions for the purchase of around 2,000 machines for Sangrur and Malerkotla farmers.

“When the government has failed to provide us the machines and financial aid, it does not have any right to take legal action against us for burning stubble. We will

Meanwhile, officials are visiting various villages and giving details about machines and other equipment. As per official record, 922 happy seeders, 2,262 super seeders, 495 paddy straw choppers and 11 balers are available in the district for the use of farmers. Officers claimed that these are figures of machines provided by the government on subsidy while many farmers have also purchased machines on their own.

When contacted, Sangrur Chief Agriculture Officer Harbans Singh said there was no dearth of machines in the district.“If any farmer faces any problem in finding the machine, he can approach us anytime,” he said.