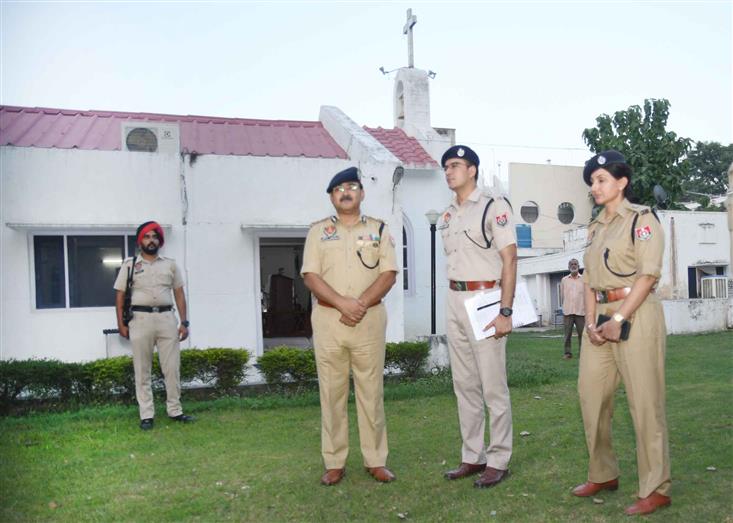 ADGP Arpit Shukla at a church in Patiala. Tribune Photo

ADGP Arpit Shukla, in-charge of the law and order wing of the Punjab Police, today visited religious shrines in the district to take stock of the security arrangements. Shukla visited the Kali Devi Temple, Gurdwara Dukhniwaran Sahib and the church in the Baradari Gardens.

“I held a closed-door meeting with senior officials of the district police to ensure proper arrangements during the festive season and also briefed them about special operations to be undertaken in the coming days,” said Shukla. “The whole purpose is to curb the movement of and arrest anti-social elements,” said the ADGP.