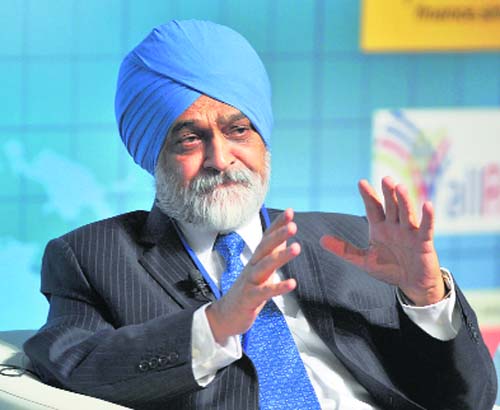 The final report of Montek Singh Ahluwalia-led expert group on “Medium and Long Term Post-Covid Economic Strategy for Punjab” may not find many takers in the echelons of power as it recommends “politically uncomfortable” decisions in the power and agriculture sectors.

The final report of Montek Singh Ahluwalia-led expert group on “Medium and Long Term Post-Covid Economic Strategy for Punjab” may not find many takers in the echelons of power as it recommends “politically uncomfortable” decisions in the power and agriculture sectors.

Constituted by the state government, the group recommends rationalising power subsidy, as it is an “unsustainable fiscal practice, which will harm future generations and cannot continue indefinitely”.

Punjab’s power subsidy bill has been rising and at Rs 10,668 crore is now over 11 per cent of its revenue receipts. This recommendation was also made in the group’s interim report submitted last year and Chief Minister Capt Amarinder Singh had then said the power subsidy would stay.

It also recommends shutting down two thermal plants that produce power at much higher cost and Punjab State Power Corporation Limited (PSPCL) must plan in advance how to recover best price for assets and ensure smooth transition to other sources of power, after the Bathinda plant has already been shut.

The recommendations have come at a time when the government is going all out to woo farmers and any decision to rationalise power subsidy can “politically hurt” the Congress. The government is also under pressure to scrap the controversial Power Purchase Agreements (PPAs) made by the previous Akali-BJP government with the independent power producers. With the group recommending shutting down of thermal plants, scrapping PPAs would threaten the energy security of the state.

The report, a copy of which is with The Tribune, also raises questions over the government’s claim of Rs 5 per unit power tariff to industry, saying effective tariff is much higher and the industry is reeling under rampant and unscheduled cuts. “Stop burdening the industry with subsidy of certain other groups of consumers. Subsidy should be borne transparently in the budget. Loading it on the industry or commercial sector has the consequence of reducing competitiveness of Punjab’s industry,” says the report.

The recommendations made by the group in its interim report last year for the agriculture sector had hinted at bringing in corporatisation by recommending creation of a framework that allows land to be leased for 15-20 years for plantation and orchards, 5-10 years for other agriculture purposes on renewable terms. The final report now says they have not received any feedback from the government “as processing of recommendations will have to wait for the outcome of farmers’ protests”.

The report says the recommendations, if implemented, would help the state reach its pre-eminent position and Punjab needs to grow at 8 per cent every year for revival of the state economy in the post-Covid-19 scenario.