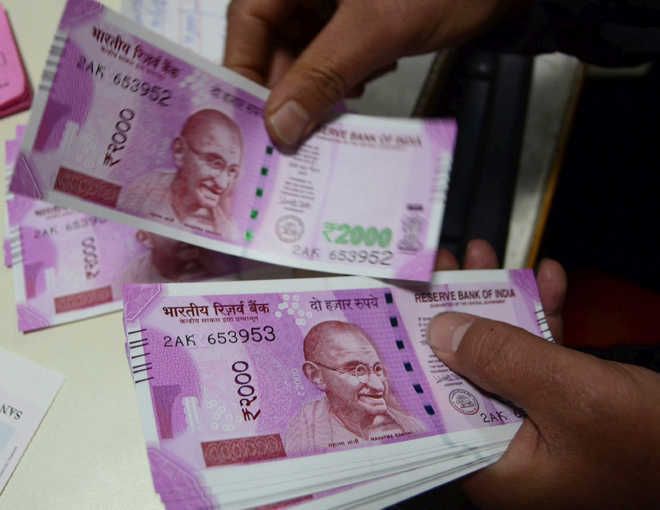 For the first time, farmers in Punjab will get the payment for their produce directly in their bank accounts as the state is all set to procure 130 lakh metric tonne of wheat from Saturday.

Wheat arrivals in mandis have started with over 3,000 metric tonne coming in the mandis of seven Malwa districts today.

Though the commission agents (arhtiyas) have reiterated their threat to go on a strike from tomorrow in protest against the new directive of the Government of India, sources in the Food and Civil Supplies Department as well as commission agents have confirmed to The Tribune that a consensus has been reached, and only the modalities need to be finalised.

The Shiromani Akali Dal (SAD) has asked Chief Minister Capt Amarinder Singh to explain why he had kept the farmers and the arhtiyas in the dark on the direct benefit transfer (DBT), even as it accused him of playing a fixed match with the central government on the issue. The SAD also asked why the Chief Minister was not opposing the hike in fertiliser prices and demanded its immediate rollback.

Cooperation Minister Sukhjinder Singh Randhawa on Friday flayed the BJP-led NDA government for exorbitant hike in the price of DAP from Rs2,400 to Rs3,800. Randhawa described this steep hike of Rs1,400 per quintal as arbitrary and illogical. Randhawa asked the Centre to immediately roll back this anti-farmer decision. TNS

It is learnt that in lieu of ensuring smooth rollout of the direct bank transfer (DBT) to farmers, the agents are likely to get their Rs 131 crore commission that has been held back by the Punjab Government for the 2019 paddy purchase and another Rs 200 crore that the Food Corporation of India (FCI) owes them. A meeting of commission agents from across Punjab will be convened in Ludhiana on Saturday to discuss the proposal, following which they will take a final call on their strike.

Punjab Food and Civil Supplies Minister Bharat Bhushan Ashu told The Tribune that Chief Minister Capt Amarinder Singh was supportive of the arhtiyas’ demands and wanted to ensure their relevance in the foodgrain procurement system. “He has asked us to work out a system where they remain relevant, while Punjab can go ahead with the Centre’s directive of DBT to farmers,” he said, adding that all options in this regard had been shared with the arhtiyas, who would discuss these amongst themselves.

Yesterday, the BJP-led central government had rejected the Punjab Government’s request for making payments at Rs 1,975 per quintal) through the arhtiyas, and insisted that payments to farmers would be made directly. Official sources say details of farmers’ bank accounts are provided by the commission agents in the J-form that is filled by them and uploaded on the Anaaj Kharid portal.

“Till now, the portal was used only by the Punjab Mandi Board, but now, it has been integrated with the Food and Supplies Department. The J-form will be stored in a DigiLocker. Based on the information of bank accounts provided in the form, payments will be made directly in the bank accounts of the farmers,” said a senior government official.