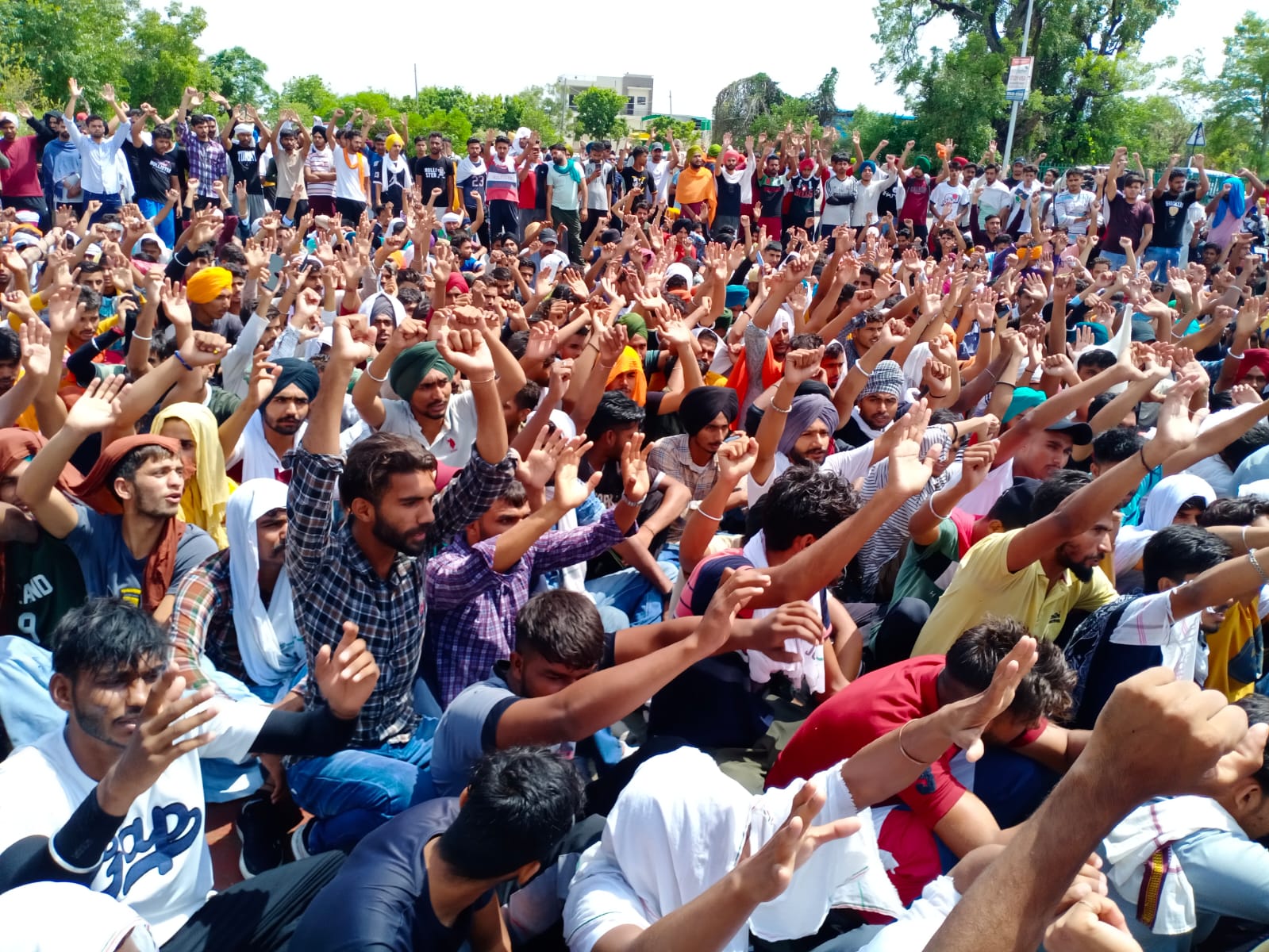 Unemployed youngsters today converged on a local stadium and marched to the local residence of Chief Minister Bhagwant Mann to protest the new Agnipath recruitment scheme in the armed forces. Later, they met the CM and sought his help in raising their voice.

“In 2021, the authorities had deferred our written test for recruitment in the armed forces on the pretext of the Covid outbreak. Now, they have cancelled the test due to the Agnipath scheme,” said Akashdeep Singh, a protester.

Calling the new recruitment policy “unfair”, he said: “What will we do after four years? I have spent Rs 1 lakh to prepare for Army recruitment. The authorities should conduct the written exam for regular intake, not four years. We will intensify our agitation if our concerns are not addressed.”

The protesters have formed an 11-member struggle committee to raise the issue. Another protester, Sewak Singh, said they had been preparing for Army recruitment for the past one year, but there no recruitment had taken place.

“After CM Mann assured us of taking up the issue with the Centre, we have deferred our protest. In the coming days, we will intensify our agitation if the Centre fails to conduct the pending written test for 2021 and redress our grievances concerning the Agnipath scheme,” said Manpreet Namol, a local advocate and member of committee. — TNS

Patiala: A number of youths gathered at Fountain Chowk here and raised slogans against the Agnipath scheme on Friday. A video of the brief protest went viral on the social media wherein youths were seen holding placards condemning the Centre.