Ahead of Punjab Assembly elections, Dera Sacha Sauda gets active 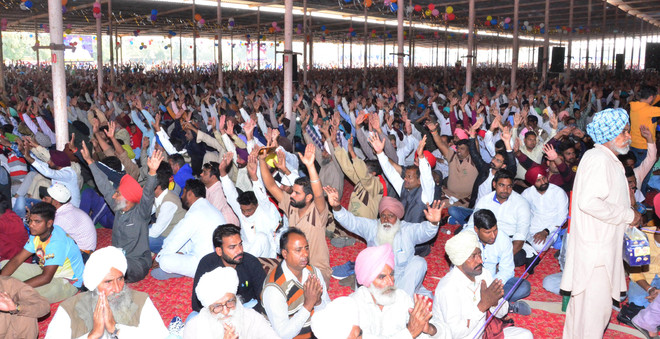 Dera Sacha Sauda has again become active ahead of the Assembly elections with congregations of followers at several places in the state.

Show of strength by followers

One such assembly was held its state headquarters at Salabatpura in Bathinda on Sunday. Dera functionaries, however, said the large gathering had nothing to do with the elections, claiming that the followers had assembled to celebrate the birthday of Shah Mastana Ji Maharaj, the dera founder. Addressing followers, dera spokesman Harcharan Singh called upon them to remain united.

Harcharan Singh denied any connection between the large congregations and the Assembly elections. However, he said dera followers were angry over a conspiracy against dera head to involve him in a sacrilege case.

It is learnt that the dera’s political wing is assessing the ground situation at all places and according to the response, they would announce further plans. Besides Salabatpura, congregations were held at Ferozepur and Patiala. This for the first time the dera held such gatherings in the state after its head Gurmeet Ram Rahim Singh was convicted in rape cases. — TNS