'All over CM's chair', AAP's swipe at Punjab Congress 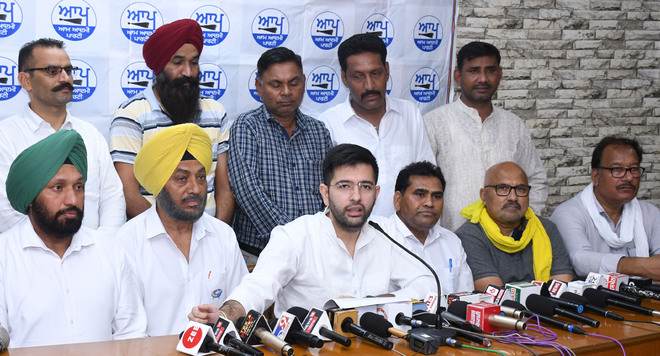 Reacting to the sudden resignation of Pradesh Congress Committee (PCC) president Navjot Singh Sidhu, the Aam Aadmi Party (AAP) said Congress leaders were insulting Punjab and the people in their fight for the chair.

State AAP president and MP Bhagwant Mann said: “The Congress had crossed all limits in the battle for chair and pride. Punjab has never been so disgraced. Like the Badals, the Congress has no right to stay in power now. The time has come to uproot them.”

Mann said the Congress had no hope for the betterment of Punjab, because it has a culture where its leaders fight not for the people but for the chair. “The ruling Congress in Punjab is the latest example,” he added. The AAP leader remarked if even today the Congress gave a separate chair of ‘Super CM’ to Sidhu, he would be placated immediately.

He said if Sidhu had really been a Punjab benevolent, he would have resigned when the list of tainted ministers like Rana Gurjeet Singh, Bharat Bhushan Ashu, Gurkirat Singh Kotli and Raja Warring were being prepared for the new Cabinet.