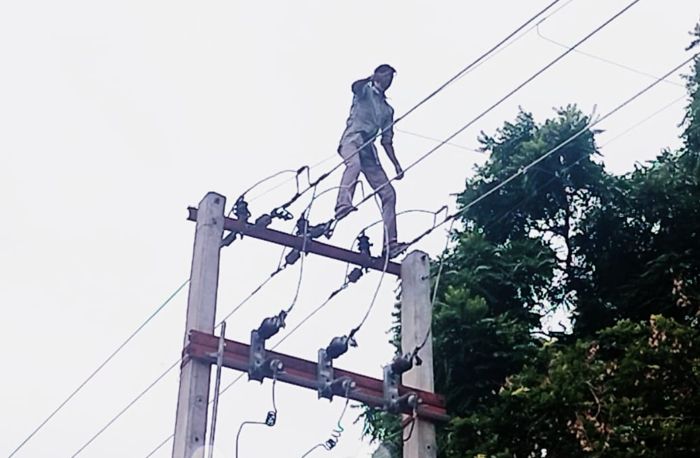 The youngster stands on high-voltage wires in Chamkaur Sahib.

It was a harrowing time for the police when a 30-year-old man climbed an 11-KV power electricity pole today alleging police inaction on his complaint. Fortunately, the Power Department employees cut off the electricity supply to the pole before he could reach the top.

The other suspects were also brought to the spot by the police following which Jaspal agreed to come down. The SHO said no case had been registered against Jaspal as he and his relatives reached a compromise.