Amid BBMB controversy, tenure of member extended by six months : The Tribune India

Amid BBMB controversy, tenure of member extended by six months 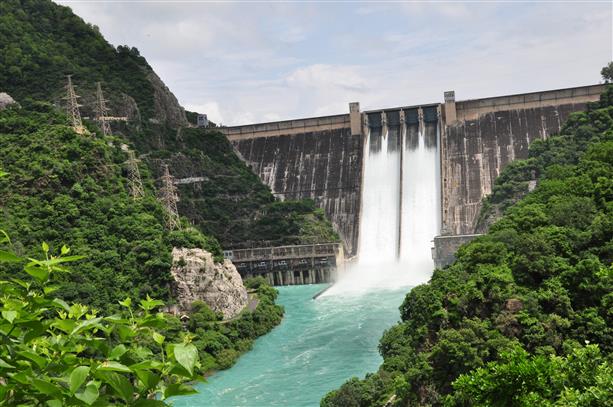 Amidst a controversy surrounding the changes in rules for the appointment of two whole-time members of the Bhakra Beas Management Board (BBMB), the Centre has extended the tenure of Member (Power) HS Chug by six months.

“The tenure of Harminder Singh, Member (Power), Bhakra Beas Management Board is further extended for a period of 6 months with effect from March 27, 2022, or till the regular incumbent joins the post or until further orders, whichever is earlier,” orders issued by the Ministry of Power said.

A mechanical engineer, Chug had as Chief Engineer/System Operation, BBMB, on July 7, 2018, from Punjab State Power Corporation Limited. As Member (Power), he is responsible for the day-to-day functioning of the BBMB’s powerhouses, substations and power transmission.

The BBMB has two whole-time members, the other being Member (Irrigation), who is responsible for the day-to-day operations and maintenance of dams, barrages and hydel channels. The second post, at present, is vacant and the officiating charge is being held by BBMB Chairman Sanjay Srivastav.

As a convention, Member (Power) and Member (Irrigation) were selected out of a panel of engineers forwarded to the Centre by the state governments of Punjab and Haryana, respectively.

In addition to these two members, the four member-states of the BBMB, Punjab, Haryana, Himachal Pradesh and Rajasthan, each nominate a senior officer from their respective state to the board.

On February 23, the Ministry of Power notified new appointment rules for the Chairman and two whole-time members, which allow any aspirants from any state to apply for the posts.

The notification, also fixed an eligibility criterion for these posts, on which the BBMB rules were earlier silent. The BBMB is a statutory body that manages the Sutlej and Beas water resources and hydropower stations.

Some stakeholders and political leaders had alleged that the new rules were adverse to the interests of Punjab and Haryana.

Under the new rules, the Member (Power) must be an electrical/mechanical engineer with a minimum 20-year experience and at least three years as head of a project involved in the construction and operation of large hydropower projects.

The tenure of Harminder Singh, Member (Power), Bhakra Beas Management Board is further extended for a period of 6 months with effect from March 27, 2022, or till the regular incumbent joins the post or until further orders, whichever is earlier. — Ministry of Power