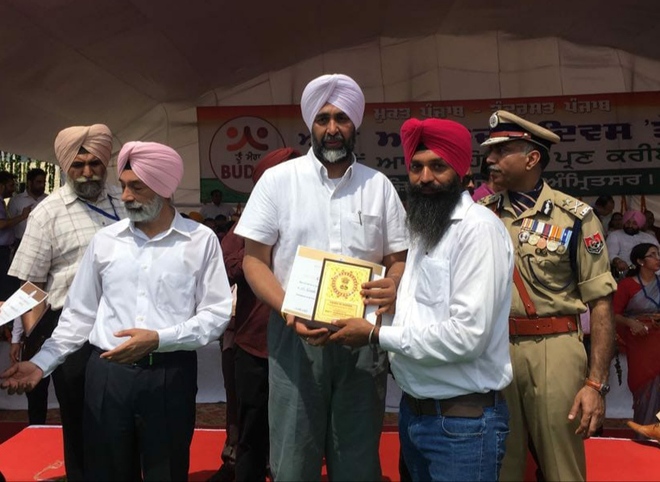 Gurbir Singh, a marginal farmer of Bhorshi Rajputan village, has made a mark in progressive farming. He is a well-know vegetable seed and nursery seller in the area.

Narrating his story of struggle, Gurbir said he was unable to continue his studies, due to unfortunate death of his father in a road accident in 2000. He said he was 19-year-old and his family was under debt.

He said he had to take care of his mother, two younger brothers and a sister. As a result, he started sowing vegetables on his 2.5 acres.

Gurbir became a master in hybrid chillies and cytoplasmic male sterility technique used for breeding of new varities. He established Gobinpura nursery for quality production in vegetable and did several experiments. During rabi season, nursery is raised on 8.5 acres while during kharif season it’s reduced to 3 acres.

Gurbir has developed a vermicompost unit to supplement essential nutrients for nursery. He constructed a moveable net house in 1 kanal, where he grows tomato, brinjal, capsicum and cauliflower.

A biogas plant has been installed to optimise the use of cow dung. The biogas is used in kitchen and slurry in fields. Gurbir was awarded by the PAU in 2010. He also got ‘Best Nursery Grower’ award in 2009 and got many awards in addition to ‘Farmer Award’ by Amritsar Deputy Commissioner under the Agriculture Technology Management Agency scheme.