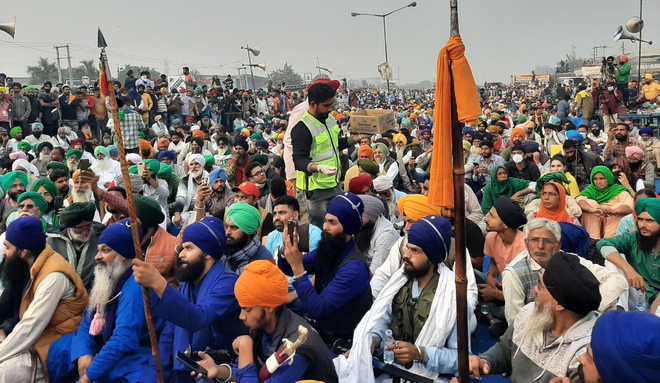 A Nihang on Thursday allegedly assaulted a labourer at Singhu border for refusing to give him a rooster from a poultry farm that he worked in.

The Kundli police nabbed the Nihang after people caught him.

The injured labourer, Manoj Paswan of Bihar, was the rooster supplier and worked in a poultry farm at Kundli.

He alleged that on Thursday he took roosters on his rickshaw to supply in the villages nearby.

Meanwhile, the Nihang Sikh demanded the rooster from him. He alleged that when he refused, he was beaten up with a ‘lathi’.

The people at Singhu border caught the Nihang, a resident of Gagsina village in Karnal.

Farmer leader Jagdeep Aulakh, in a video message, said he knew the Nihang and claimed that he was associated with the farmers’ protest for the past one year. Aulkah said it was a fight between two people and the incident should not be linked to the farmers' protest.

A case has been registered and the Nihang arrested.