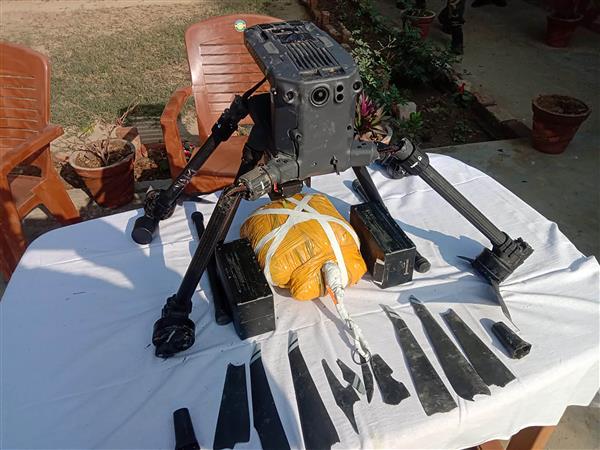 The Border Security Force on Monday night shot down another drone at Kalia border village in Tarn Taran district.

The Border Security Force on Monday night shot down another drone at Kalia border village in Tarn Taran district. After BSF troops heard sound of an unmanned aerial vehicle entering into Indian territory, they fired at the drone which fell on the ground. The entire area was cordoned off and the BSF and Punjab Police launched a search operation.

During the search, the BSF recovered a quadcopter (DJI Matrice 300 RTK) along with a consignment of 2.47 kg of heroin. It was wrapped in a polythene. This is the seventh drone that has been shot down by the BSF in the past 10 days in Amritsar and Tarn Taran border belt.

In the intervening night of Sunday and Monday, the border force had shot down a drone at Rorawala Kalan village in Attari sub-division and recovered 2 kg heroin from the spot.