Punjab Police recently confiscated 11 hand grenades besides a tiffin bomb and 2-kg RDX, which were reportedly smuggled through drones to this side of the border. 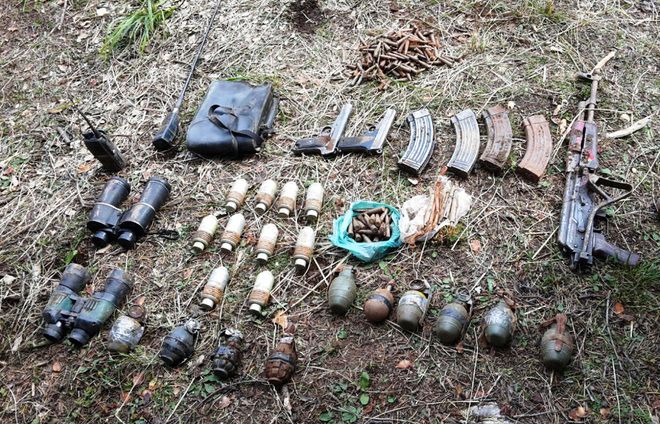 Even as the police have been carrying out search operations in the border belt, the authorities said explosives were sneaked into the Indian territory on the directions of the Babbar Khalsa International (BKI).

The Punjab Police recently confiscated 11 hand grenades besides a tiffin bomb and 2-kg RDX, which were reportedly smuggled through drones to this side of the border.

Concerned over the repeated seizure, the police teams have been contacting residents of border villages, urging them to inform the cops whenever they noticed or heard movement of drones in the area.

Various security and intelligence agencies have been interrogating two alleged operatives of UK-based terrorist Gurpreet Singh Khalsa, alias Gurpreet, identified as Amritpal Singh and Sammy, who were held on Sunday night with two hand grenades and a pistol. Yesterday, the police recovered four more hand grenades and three pistols along with magazines and live cartridges from Suchetgarh village area in Batala following their interrogation.

Sources in the rural police privy to the investigation said it was the BKI that had designated Gurpreet to give logistical support and funding for carrying out such nefarious acts to disturb law and order in Punjab by targeting prominent persons and places.

Amritpal came in contact with Gurpreet around four years ago and was allegedly tasked to associate more youths with him.