For past 16 years you are enjoying aunty’s dinner, gracing her drawing room and you are questioning us (the BJP): Tarun Chugh 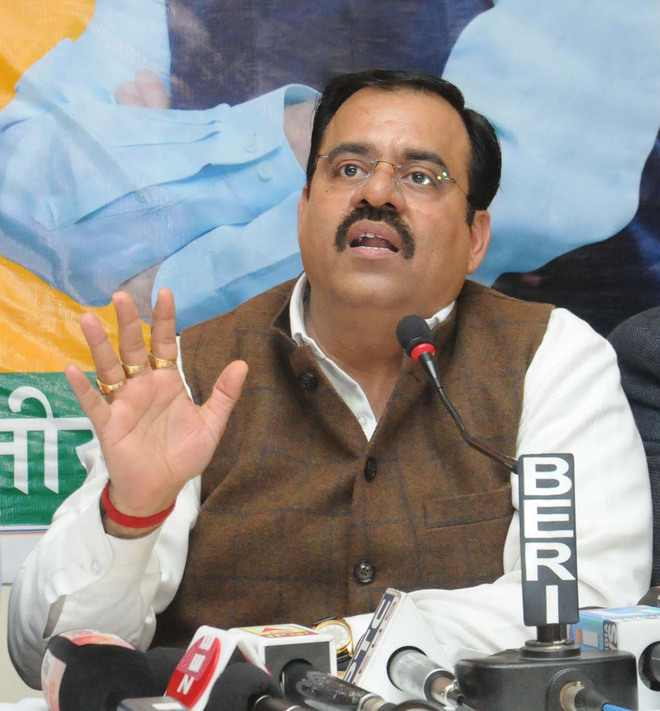 The BJP has slammed Punjab Congress president Navjot Singh Sidhu’s wife Navjot Kaur Sidhu over allegations that not a single posting of any official took place in Punjab without “money or gifts” to Pakistani journalist Aroosa Alam and that Prime Minister Narendra Modi and Home Minister Amit Shah were “aware of all that happened but still, no action was taken”.

Stepping into the ongoing controversy over former chief minister Amarinder Singh’s friendship with Aroosa Alam, BJP general secretary Tarun Chugh hit back saying that if Navjot Kaur knew of the corruption “why did she remain silent during the 58 months Captain was in power in Punjab”.

“Why were you silent if money and gifts were taken for postings and transfers...if there was corruption, why were you silent when you were part of the government,” said Chugh, calling it an “old habit” of Navjot Singh and his wife.

“This is your old habit…this double face. From 2007 to 2017, you (Navjot Kaur) enjoyed the benefits of our (Akali-BJP) government with all the perks and benefits of a ministerial post…official vehicle…bungalow…and never spoke against them."

“For 58 months you are with them (Congress), you sing songs in Coffee with Captain, run the government with captain…have dinner with aunty and demand answers from us,” Chugh said.

The accusation by Sidhu’s wife came a day after Punjab Deputy Chief Minister Sukhjinder Singh Randhawa said a probe would be carried out to ascertain whether the Pakistani journalist, who had been visiting Singh for several years, has links with Pakistan’s spy agency Inter-Services Intelligence (ISI).