At Tikri border, farmers gear up for Thursday’s ‘tractor march’ : The Tribune India

At Tikri border, farmers gear up for Thursday’s ‘tractor march’ 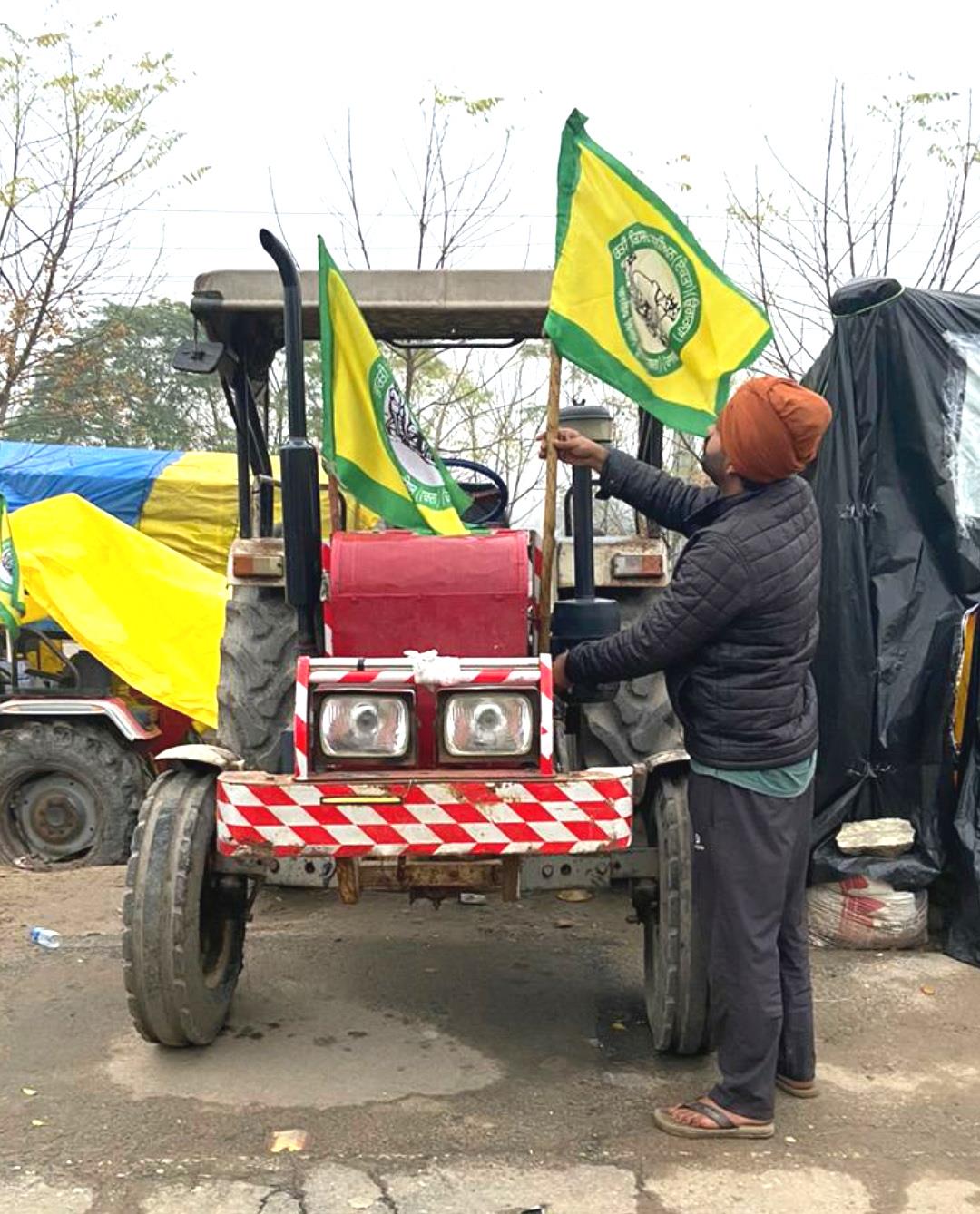 A farmer ties a flag on his tractor at Tikri border on Wednesday. Tribune photo

Unlike to other days, Wednesday evening was busy for Jaspal Singh, a farmer from Fazilka in Punjab, camping at Pakoda Chowk at Tikri-Bahadurgarh border as he was gearing up for ‘Tractor March’ to be taken out on the call given by the Sankyukt Kisan Morcha on Thursday.

He tied a flag on his tractor, filled the fuel tank with diesel and checked the music system installed on the tractor so as to be ready for participating in the first cavalcade of 400 tractors that will leave for the Singhu border on Thursday morning. Jaspal started helping other fellow farmers too after finishing his preparations.

“Farmers, especially the youngsters, are enthusiastic about the tractor march and are also ready to lead it from the front. As the march will start at 9 am hence we have tied flags on the tractors and filled their tanks today to save time next morning. Even, music system installed on the tractor has also been checked,” Jaspal told The Tribune.

He said three farmers will board on a tractor, while women protesters will not be part of this march. They would remain at protest sites to do routine affairs like attending dharna along with other farmers and preparations of langar, etc. The march would be peaceful and the tractor would move in a row, he added.

Like Jaspal, other farmers too were excited about the march at Tikri and were seen discussing it with their elderly. “My tractor suddenly developed some technical issue yesterday but I got it rectified today to ensure my participation in the march,” said Jaskaran Singh, another farmer from Punjab.

Joginder Nain, state president, Bhartiya Kisan Union, said the farmers would assemble at old bus stand in Bahadurgarh town in the morning. “Thereafter, they will proceed towards Aasodha village for taking the route of KMP highway to go to the Singhu border. Similarly, farmers from Singhu will proceed towards Tikri,” he added.

Meanwhile, the police beefed up security arrangements on the route of the tractor march to avert any untoward incident.

“Adequate arrangements have been made to maintain law and order situation during the march. No one will be allowed to take law into his hands. However, the farm leaders have also assured of taking out a peaceful march,” said Rajesh Duggal, Jhajjar SP.