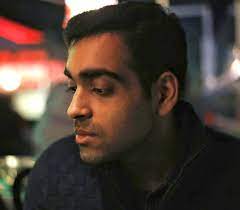 Popli's son Kartik (26) had reportedly died by suicide at his house in Sector 11 here on Saturday. - File photo

The UT Police are going to get the autopsy of IAS officer Sanjay Popli’s son conducted by the board of doctors on Monday.

Popli’s son Kartik (26) had reportedly died by suicide at his house in Sector 11 here on Saturday.

The police said the board of doctors would conduct the autopsy in the presence of forensic experts and the entire procedure would be filmed.

Law graduate Kartik, who was preparing for judicial services examination, had allegedly shot himself in the head with his father’s pistol.

The police have said the statements of all members of the family, who were present in the house at the time of alleged incident, would be recorded.

Meanwhile, Punjab Vigilance sleuths who visited the IAS officer’s house to make recoveries, will be asked to join the investigation.