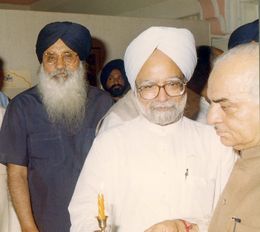 The Congress leader alleged the Badals were equal partners in the NDA government which brought the economy to its lowest ebb which was earlier put on upward trajectory by the UPA government under the leadership of Dr Manmohan Singh with great efforts.

He said the Akalis continued personal criticism of Dr Manmohan Singh, who never got a word of gratitude from the SAD despite granting various financial sops to the state.

“Owing to political compulsions, the Akalis have suddenly woken up to the reality of the BJP being anti-Punjab,” he said.

He also challenged the SAD to come clean on statements by the BJP regarding Akalis in loop over the farm Acts as well as duty assigned by the saffron party to bring the farmers on board. — TNS