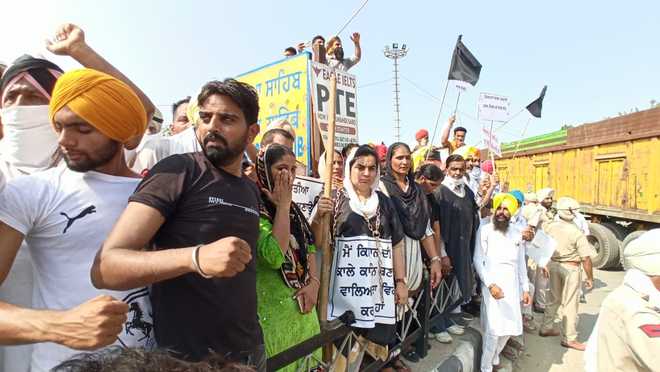 AAP activists stage a protest at Talwandi Sabo in Bathinda.

Workers of the Aam Aadmi Party and Congress today staged separate protests and showed black flags to SAD president Sukhbir Singh Badal and Harsimrat Kaur Badal while they were on their way to Takht Damdama Sahib at Talwandi Sabo in Bathinda.

Baljinder Kaur said: “The Badal family is misleading farmers by becoming agents of the PM as on the one hand they say the Bills are not anti-farmers, while on the other hand they say we have failed to make them understand about the Bills.”