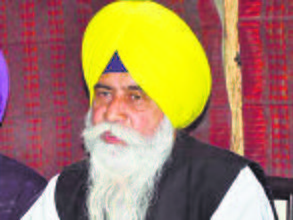 The farmer organisations protesting the newly enacted agriculture laws have refused to acknowledge the summons issued to their members by the National Investigation Agency (NIA). However, some activists of Sikh outfits have decided to oblige the agency.

NIA has summoned around 40 persons for examination as witnesses in a case related to Sikhs for Justice (SFJ) under section 160 of the Code of Criminal Procedure (CrPC).

Baldev Singh Sirsa, a farmer leader and head of the Lok Bhalai Insaf Welfare Society, has flatly refused to appear before the NIA. On the other hand, Paramjit Singh Akali and Palwinder Singh Amarkot, members of Sikh Youth of Power of Punjab, have left for New Delhi to join the NIA investigation.

“We were called as a ‘witness’ in a case that was registered against someone else. We have no hitch to clarify our stance as we are representatives of a Sikh organisation. I will join the probe on January 19 whereas Amarkot would face NIA on January 18,” Akali said.

Similarly, Ranjit Singh Damdami, president, Sikh Youth Federation Bhindranwale, said he was summoned to appear on January 21 and he would also be appearing.

Meanwhile, Sirsa, who was supposed to join the investigation today, said he was bound to follow the decision of the Samyukt Kisan Morcha, which had directed its members not to acknowledge NIA’s call.