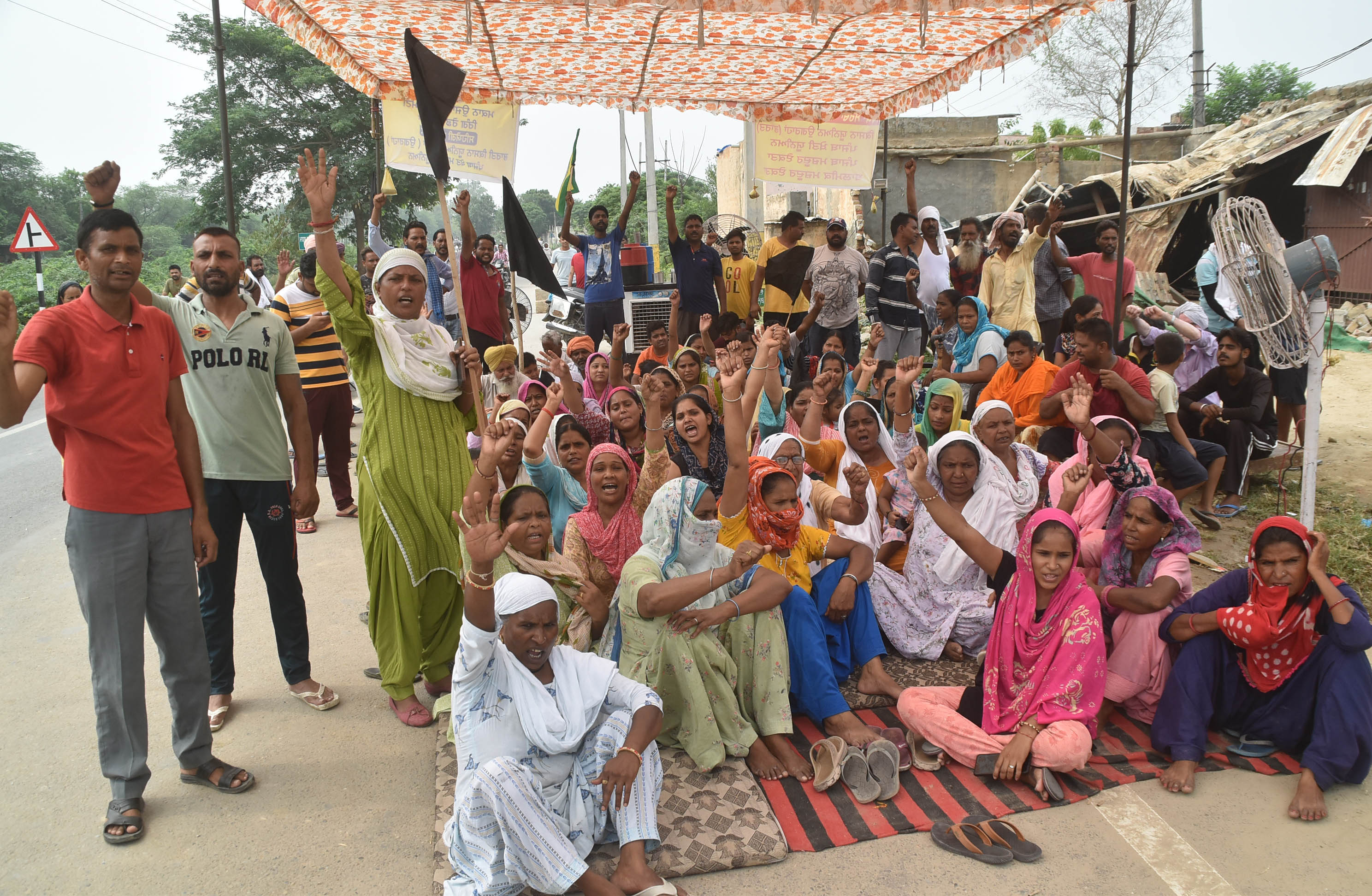 There was high drama here today over the removal of illegal occupants to complete the construction of the city’s Ring Road, Phase 1, near the Dhobiana Basti area. When Bathinda Development Authority (BDA) officials arrived to demolish houses occupied by the people, the latter staged a dharna, headed by BKU Ekta Ugrahan leaders.

According to BDA records, 44 flats are being given to people, who would be shifted from 22 houses. Sixteen of these families have already moved to flats provided by the BDA.

Sunil Kumar, whose house has to be demolished, said, “I have been living here for a long time. Now, we are being shifted to another place. The flat given to us is not fit for living.”

Bhartiya Kisan Union district chief Shingara Singh Mann said the administration was trying to make people homeless, which would not be allowed. Meetings were held several times with the administration, but no solution was found to the problem, he added.

BDA ACA Rupinderpal Singh said, “ We do not want people to be homeless. Flats are being provided to people. But they are demanding vacant plots. Nothing can be done now as the whole process has been completed.”