Bathinda farmers show scant regard to ban on cattle fairs : The Tribune India 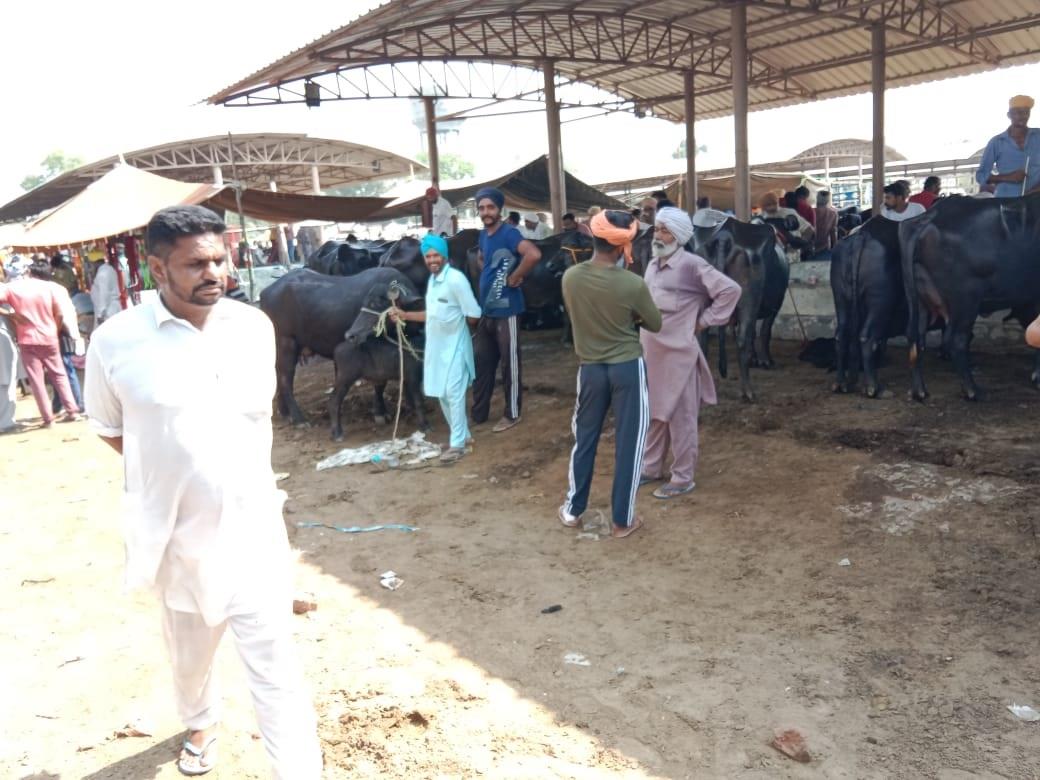 The government has banned cattle fairs due to the LSD. - File photo

Showing scant regard to the directions of the government, farmers and traders today reopened the cattle market at Rampura Phul in the district.

The government had banned cattle fairs in the wake of the lumpy skin disease (LSD). According to the Animal Husbandry Department, more than 150 LSD cases had been reported in the district in the past one week.

As per the district panchayat officer concerned, the govt contractor didn’t open the market. Some unidentified persons reopened it without permission. Showkat Ahmad Parray, DC

Earlier, the administration had managed not to let farmers and other stakeholders reopen the cattle markets in Maur and Sardulgarh. Citing “massive losses”, farmers somehow managed to hold the cattle fairs.

Today, more than 2000 animals were brought from the region and over half of the cattle changed hands.

Nodal Officer for the LSD, Dr Rampal, said, “There is no direction from the government to reopen the cattle markets, but farmers are doing it forcefully. They know that

the cases have come down considerably, but the disease has not abated completely. Farmers need to exercise restraint for some time.”

A farm leader said, “We do not want to violate the orders of the administration, but we are helpless and cannot continue to suffer losses. Moreover, the LSD cases are almost negligible now. The state government should issue a notification regarding the reopening of the cattle markets.”

DC Showkat Ahmad Parray said, “As per the District Development and Panchayat Officer concerned, the government contractor didn’t open the market. Some unidentified persons reopened it without permission. The DDPO has been told to identify those responsible and take action against them as per law.”