Bathinda Rural: Drain of woes in this rural seat 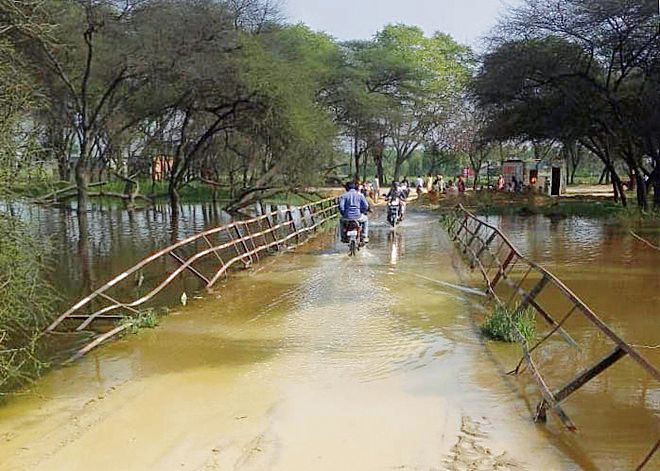 Farmers of the Bathinda Rural constituency (reserved) still await compensation for the massive cotton crop loss due to the pink bollworm attack in the last kharif season.

Avtar Singh, a resident of Teona village, says, “In the name of action, the district administration had just conducted a girdawari to assess the crop loss. That was it. Affected farmers have not received a single rupee in relief. The sitting legislator did not care to visit villages hit by the pink bollworm attack.”

Another problem ailing the segment is the poor condition of Losada drain, which has not been repaired for years. As a result, water overflows and fields get submerged during monsoon, damaging the crops.

Gurpreet Singh, a resident of Sangat village, points out that the Bathinda Rural constituency is no exception when it comes to the menace of drug abuse.

“The problem of drugs is rampant in villages. Addicts, who are often victims, are caught and not the suppliers. Members of the civil society have often urged the police to curb the drug menace, but in vain,” he adds.

On the health front, the segment fares no better. “The sub-divisional hospital lacks proper infrastructure. There are not enough doctors in the hospital to cater to around 300 patients who visit the OPD every day. Two-thirds of the posts are vacant,” says Hartej Singh, a resident of Ghudda village.

Both SAD and Congress managed to win the constituency till the 1997 elections. In 2002, CPI candidate Gurjant Singh contested successfully. In the 2017 elections, AAP’s Rupinder Kaur Ruby had defeated Akali candidate Amit Rattan Kotfatta.