Bathinda saw 857 fatalities in May 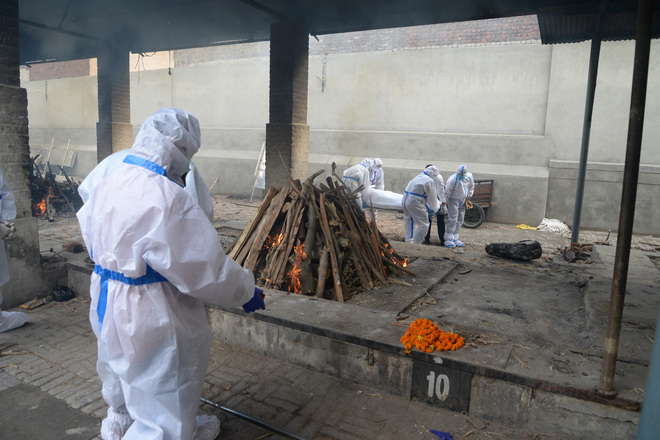 A family member of a Covid patient performs the last rites. File

Amid a massive surge in Covid cases, Bathinda city witnessed three and a half times increase in deaths in May, as compared to the figures in the same month last year.

As per the records of the Municipal Corporation Bathinda, the city reported 857 deaths in May, an increase of 350 per cent over the figure of 247 deaths reported in the same month last year. The MC records further reveal 404 and 310 deaths in April and March, respectively, against 214 and 159 reported in the respective months last year. 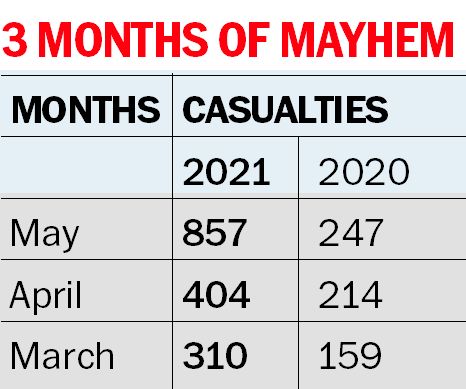 The grain market cremation ground, which is the biggest in the city with a capacity of 24 pyres, saw non-stop last rites. At times Covid patients were cremated on the ground.

Covid infected had a harrowing time as government hospitals in Bathinda had no ventilator bed, forcing them to get the treatment from private facilities at exorbitant prices. Despite the capping of prices by the state government, private hospitals continued to fleece patients and till now no action has been initiated by the district administration against them.

As per the Health Department figures, Bathinda district witnessed 41,113 positive cases and 952 deaths till June 3 since Covid outbreak last year. On May 19, Bathinda witnessed the single-day highest deaths of 34 Covid patients in the district.

In 2nd minute, Kaur converts a penalty corner into a goal