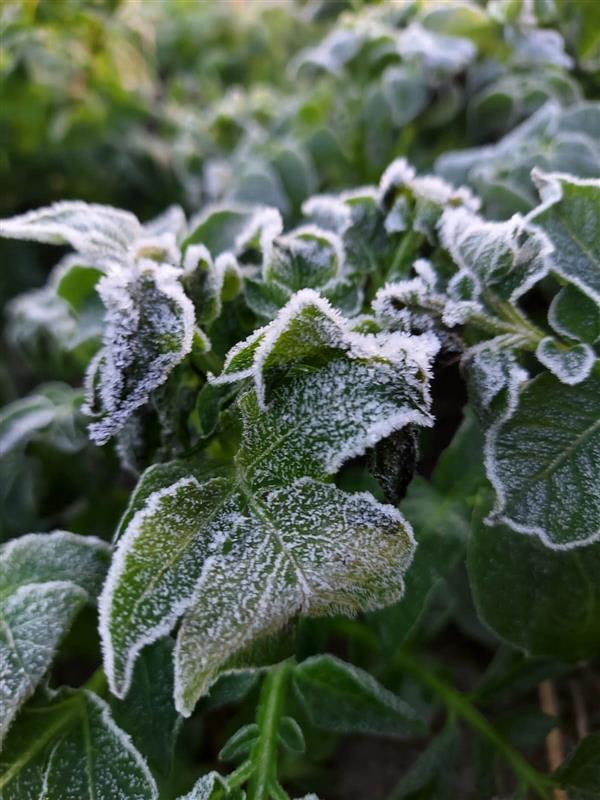 Frost on leaves in Bathinda fields.

A biting cold wave swept the state on Tuesday with minimum temperatures settling below normal at many places. It was yet another freezing day as the mercury plummeted to -1°C in Bathinda and Faridkot.

Due to the chilly weather, ground frost is also reported in several parts. The persistent cold wave conditions and frost have started posing a threat to wheat and vegetable crops.

Experts said frost occurred only when temperature fell to the freezing point. Damage occurred when ice formed inside a plant tissue and injured the cells.