Beheaded body of boy found in bag in Lambi : The Tribune India

Beheaded body of boy found in bag in Lambi 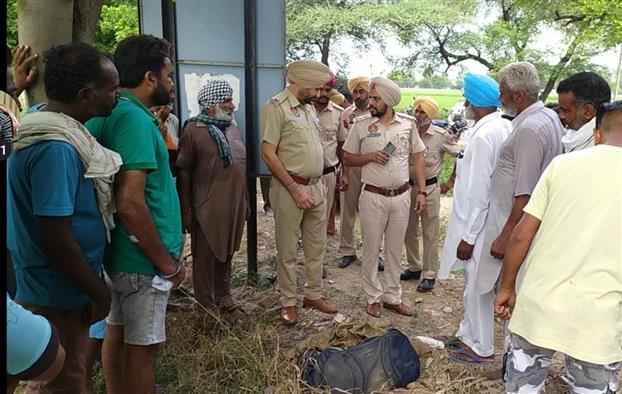 Cops examine the spot at Lalbai village in Muktsar district.

The body of a three-year-old boy with severed head, a knife and a lemon was recovered from a bag lying at Lalbai village in the Lambi Assembly segment today. The bag was found by a worker of the Irrigation Department, who informed villagers and the police.

Balkar Singh, Deputy Superintendent of Police, Malout, said, “The bag, which contained the body and severed head of the boy, also had a knife and a lemon. The boy’s head looked recently shaved. We are suspecting it to be a case of occult practice. The body has been kept at the Civil Hospital in Gidderbaha for identification.”