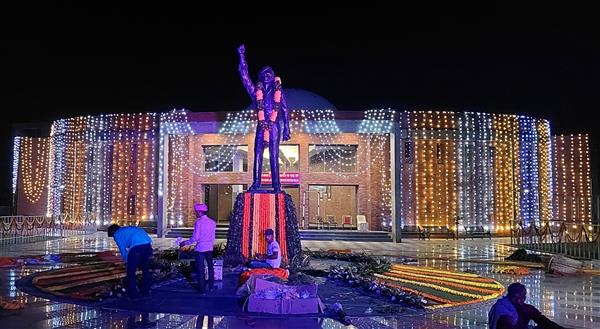 The government in association with the North Zone Cultural Centre, Patiala, will celebrate the 115th birth anniversary of Shaheed Bhagat Singh at Khatkar Kalan on Wednesday.

Chief Minister Bhagwant Mann along with Cabinet ministers and a host of Aam Aadmi Party leaders would attend the event.

While singer Lakhwinder Wadali will be performing during the daytime, cultural events will begin at 3 pm onwards at the museum.

Deputy Commissioner Navjot Pal Singh Randhawa said a total of 52 artistes would participate in the event. “A marathon and a cycle rally will be flagged off from Banga and Kahma at 4.30 pm. Later, a candlelight march will be taken out from the ancestral house of the martyr to the museum,” said the DC.

A highlight of the event will be that a special contingent of 24 armed police personnel, including some on horseback, would offer a salute to Bhagat Singh. It will be for the first time that such a salute will be given to the martyr.

The CM will be a part of this unique ceremony. He will be here for the second time in the past six months, earlier being the occasion of his oath-taking ceremony just after the Assembly elections.

The entire pandal has been decked up in 'basanti' colour. The song 'Mera rang de basanti chola' will resonate through the public address system. Most AAP leaders and workers are expected to reach the venue dressed in yellow turbans.

Additional Director General of Police Parveen Sinha has been monitoring all arrangements here personally. After the programme here, CM Mann will also go to Hussainiwala.