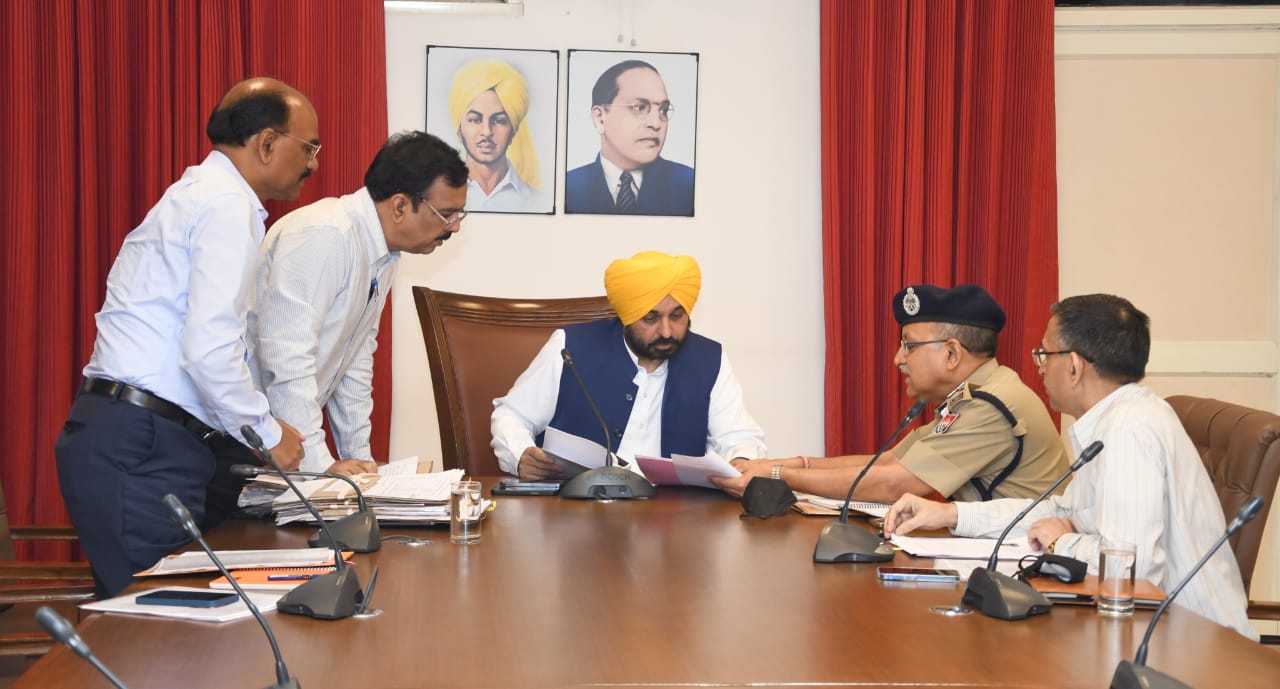 Taking swift cognizance of an explosion that occurred at the headquarters of Punjab Police Intelligence Wing at Mohali on Monday night, Punjab Chief Minister Bhagwant Mann on Tuesday directed the DGP to immediately probe the incident thoroughly so as to get to the bottom of the case.

Chairing a high-level meeting of senior officials of the Police department at his official residence, Mann said nobody would be allowed to disturb the peaceful atmosphere of the state, adding that a few inimical forces are constantly trying to foment trouble across the state, which would never succeed in their nefarious designs.

Meanwhile, the DGP informed the Chief Minister that a few suspects had been taken into custody for interrogation to enable the police to strike at the root of the unsavoury incident.

Exuding confidence, the chief minister said the culprits behind the incident would soon be brought to book and handed down exemplary punishment.