Born to a Punjabi family in Namak Mandi, Chanchal grew up in a religious atmosphere 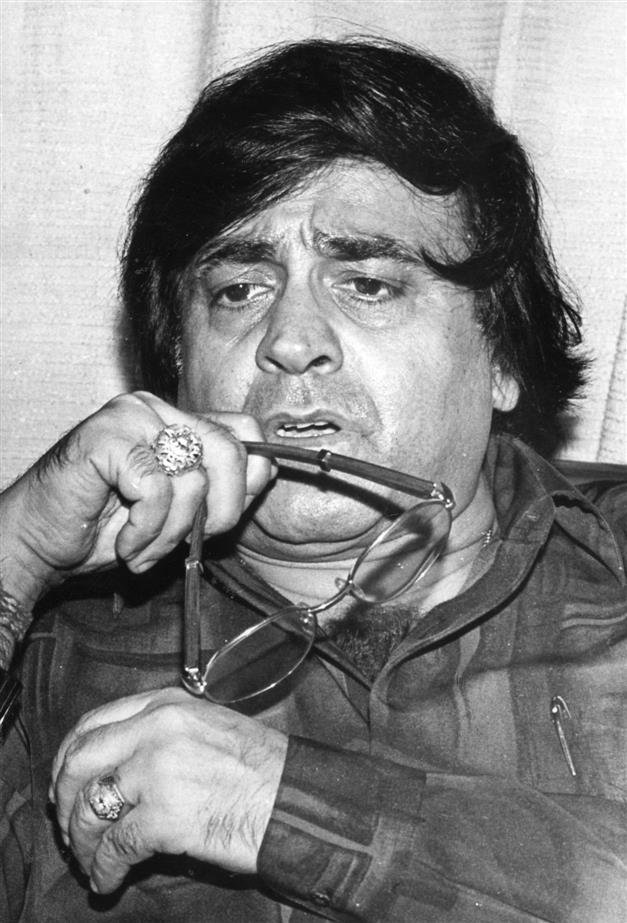 Chanchal, 76, breathed his last at 12:15 pm at the Apollo Hospital after suffering from brain complications, the sources said.

The singer, who is survived by his wife Namrata, had been admitted to the south Delhi hospital on November 27, they said.

Born to a Punjabi family in Namak Mandi, Amritsar, Chanchal’s growing up years in a religious atmosphere inspired him to start singing ‘bhajans’ and ‘aartis’ (devotional songs) from a very young age.

In Hindi cinema, he found fame with the song “Beshak Mandir Masjid” for the 1973 film “Bobby”, the blockbuster debut of Rishi Kapoor and Dimple Kapadia. He won the Filmfare Best Male Playback Award in 1974 for the song.

One of his most popular tracks was “Chalo Bulawa Aaya Hain Mata Ne Bulaya Hain” from Rajesh Khanna’s 1983 drama “Avtaar”.

In 2009, Chanchal released his autobiography “Midnight Singer”, chronicling his life from his early struggles and hardships to his achievements.

Prime Minister Narendra Modi was among the many people who condoled his death.

Chanchal had carved a unique place for himself in the field of devotional music with his voice, the prime minister said on Twitter while expressing his condolences to the singer’s family and fans.

Congress leader Rahul Gandhi said his thoughts are with Chanchal’s family and admirers in this hour of grief.

“The death of Narendra Chanchal ji, who made many bhajans popular with his mellifluous voice, is an irreparable loss,” Gandhi wrote on Telegram.

“#NarendraChanchal Ji is one of the names that automatically pops into mind when we think of Bhajans or Mata ka Jagrata. A true devotee of Devi Mata. Om Shanti!” he said on Twitter.

Describing him as a talented singer and a devotee of Matarani, singing legend Lata Mangeshkar said she was saddened at the news. “He was a very good person, may his soul rest in peace. I offer humble tribute to him,” she said.

“Rest in peace Narendra Chanchal sahab!!! What a singer with such inspiring voice. Singing your songs now in your memory. God bless your soul with peace,” Bajpayee tweeted.

“Saddened at the demise of vocalist Sh. Narendra Chanchal, singer of many iconic bhajans & Hindi film songs in history. His unique voice had the ability to pierce straight to a listener’s heart, making every listening experience an emotional & spiritual one. #RIP #respect,” Shorey tweeted.

Mehndi termed Chanchal an “iconic and most loved” singer. “In prayers for his soul to rest in peace. Heartfelt condolences to his family and legions of fans,” he said. Dadlani said Chanchal will be remembered forever through his songs.

“I doubt anyone will ever walk up to Vaishnodevi without hearing his voice resounding through the hills,” he said.

Filmmaker Madhur Bhandarkar also mourned Chanchal’s passing away and said the singer will be “remembered for his bhajans and some remarkable songs in Hindi films”. — PTI

Deeply saddened to learn that iconic and most loved #NarendraChanchal ji has left us for the heavenly abode. In prayers for his soul to rest in peace. Heartfelt condolences to his family 🙏🙏

Deeply saddened to learn that iconic and most loved #NarendraChanchal ji has left us for the heavenly abode. In prayers for his soul to rest in peace. Heartfelt condolences to his family and legions of fans. 🙏 pic.twitter.com/zXEBN07MbM

Suryakirans fail to show up over Sukhna sky