Road and rail traffic was disrupted in several parts of Punjab and Haryana during the Bharat Bandh called by farmers on Friday as part of their nationwide protest against the three agriculture laws, though there was partial response to it in other parts of the country.

Farmers blocked national highways and other key roads at many places in Punjab and Haryana, and squatted on railway tracks at several locations.

The Samkyukta Kisan Morcha (SKM), which is spearheading the farmers’ stir, called for the bandh from 6 am to 6 pm to mark four months of the agitation at Delhi’s three borders—Singhu, Ghazipur and Tikri.

A railway spokesperson said four Shatabdi trains were cancelled, 35 other passenger trains were detained and the movement of 40 goods trains was affected by the protests.

Train movement was disrupted at 44 locations that fall under the Delhi, Ambala and Ferozepur divisions of the railways.

In Uttar Pradesh’s Ballia, as many as 20 activists of CPI (M-L), protesting in Sikandarpur township of the district, were taken into custody.

The Delhi Metro Rail Corporation (DMRC) had to briefly close the entry and exit gates of the Tikri Border, Bahadurgarh City and Brigadier Hoshiar Singh stations, but after a few minutes, the stations were opened for passengers.

A farmer leader claimed that there were protests in Mayapuri and some other areas where people peacefully staged demonstrations.

In other parts of the country, there was partial response to the bandh.

In Punjab, shops remained closed at several places. Shops were shut at a few places in Haryana, too, in support of the Bharat Bandh.

Public and private transport remained off the roads in Punjab.

Farmers allowed ambulances and other emergency vehicles as well as marriage processions to pass.

In view of the 'Holla Mohalla' festival at Sri Anandpur Sahib, vehicles carrying devotees were allowed to commute. The protesters had even arranged 'langar' for devotees at protest sites.

Haryana BKU leader Gurnam Singh Chaduni, in a video message on Friday, appealed to the protesting farmers to ensure the smooth passage of essential supplies or even sick persons travelling in private vehicles or those travelling in neighbouring areas.

"We have to protest peacefully," Chaduni said.

The Bharat Bandh hit rail services in Punjab and Haryana. Protesters squatted on railway tracks at several locations, including in Amritsar, Jalandhar, Ludhiana, Ferozepur, Ambala, Jind, Jhajjar, Panchkula and some other districts in the two states, leading to the disruption of rail traffic.

Some of the protesters blocked the Ambala-Delhi highway near Ambala Cantonment badly affecting the service on the route.

The agitating farmers blocked several key roads, including the Chandigarh-Delhi, Amritsar-Delhi, Hisar-Delhi and Bhiwani-Delhi national highways. They parked their tractors and other vehicles in the middle of the carriageways.

They also blocked the Ambala-Rajpura Highway on the Haryana-Punjab border near Shambhu barrier, and the Ambala-Hisar Highway near Ambala City.

The protesters, many of them carrying placards, squatted on key roads and raised slogans against the BJP-led government at the Centre. There were sit-ins at toll plazas in several places.

In Amritsar district, a group of farmers held a shirtless protest and raised slogans demanding the repeal of the farm laws. In Ludhiana, Punjab's industrial hub, some markets, including on Gill Road, Ghumar Mandi, Clock Tower, cloth market and Akal Market remained shut while in Mohali too most markets were closed.

Traffic on national highways passing through Haryana, including Ambala and Chandigarh, was comparatively less as many avoided travelling during the Bandh hours. However, at many places, long queues of trucks and other heavy vehicles could be seen on roads.

Farmer leaders in the state had appealed to shopkeepers and traders to keep their shutters down during the bandh. Several unions representing commission agent also extended their support to the protest.

The Shiromani Gurdwara Parbandhak Committee, an apex gurdwara body, had also announced to keep its offices and institutions closed for the day.

Earlier, in view of the Bharat Bandh, the Samyukt Kisan Morcha, an umbrella body of protesting farmers' unions, appealed to the protesters to remain peaceful.

Thousands of farmers, mainly from Punjab, Haryana and western Uttar Pradesh, have been camping at Singhu, Tikri and Ghazipur, with their main demand being complete repeal of the three farm laws and a legal guarantee for the minimum support price on their crops.

So far, there have been 11 rounds of talks between the protesting unions and government, but the deadlock has continued as both sides have stuck to their stand.

In January, the government had offered to suspend the farm laws for 12-18 months, which was rejected by the farmer unions. With PTI 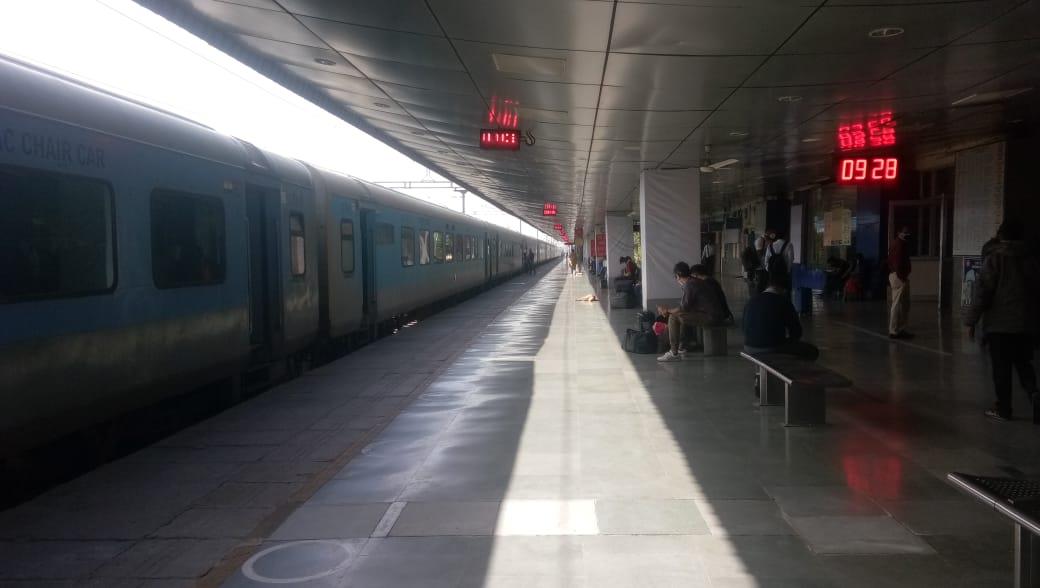