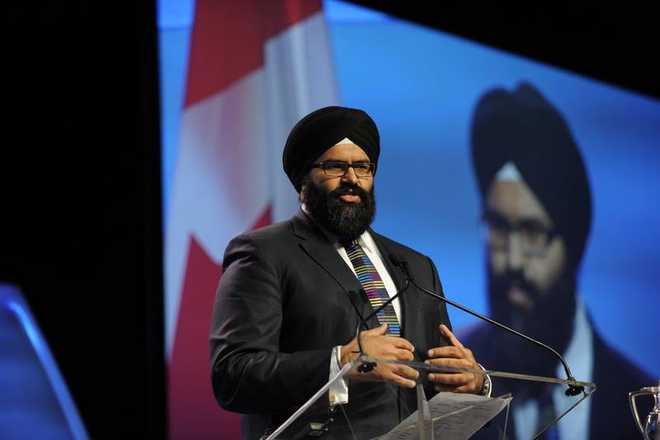 Canada's Alberta provincial government today introduced a Bill in the house to rename the Calgary-McCall constituency to Calgary-Bhullar-McCall in the honour of the late MLA Manmeet Bhullar's contributions and legacy. - File photo

Canada’s Alberta provincial government today introduced a Bill in the house to rename the Calgary-McCall constituency to Calgary-Bhullar-McCall in the honour of the late MLA Manmeet Bhullar’s contributions and legacy.

Manmeet Bhullar served Albertans as the Minister of Service Alberta, Minister of Infrastructure and Minister of Human Services. He fought to better protect homeowners, advocated for vulnerable Albertans, defended visible minorities and championed capital projects across the province. Born and brought up in Calgary, Bhullar belonged to a family from Raiya village in Amritsar. In 2008, Bhullar was the youngest MLA ever elected at that time. He served as the MLA from March 2008 until he died in November 2015.

He was struck by a vehicle while helping another driver on the QEII Highway. Calgary-McCall holds the largest area of Bhullar’s now-defunct Calgary-Greenway riding, which he represented for the Progressive Conservative party from 2008 until his death. — TNS