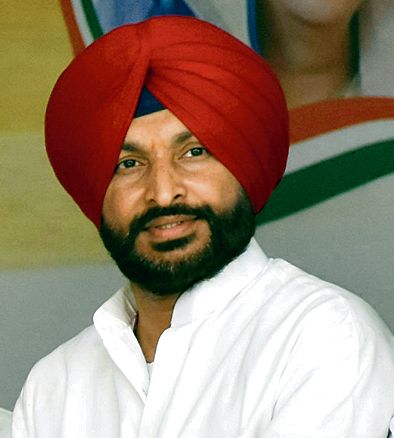 Congress’ Ludhiana MP Ravneet Bittu was today booked for allegedly hurting the sentiments of BSP workers after he flayed the SAD for giving away “pious” seats like Anandpur Sahib and Chamkaur Sahib to the Bahujan Samaj Party.

Bittu had last evening posted a video on his Facebook page, commenting on the newly forged SAD-BSP alliance. BSP leaders called the comment casteist and held protests across the state.

At Buta Mandi in Jalandhar, they burnt Bittu’s effigy and demanded his resignation. “How and why can’t a BSP leader contest from a pious seat? Does the MP still consider Dalits or BSP leaders non-pious? Or maybe he considers the rest of the state less pious,” a BSP worker said.

My statement has been misinterpreted. I only meant to say that the Akali Dal had deserted Panthic seats. I never passed any comment against Dalits. BSP doesn’t imply Dalits as the party has workers from all castes. My political mentor Malkit Singh Dakha is a Dalit. —Ravneet Bittu, Ludhiana MP

Though the MP today posted another video giving clarification, it was rejected by the BSP leadership, which has planned another protest at Balachaur tomorrow.

BSP state chief Jasvir Singh Garhi said: “Bittu has shown that he has not imbibed the lessons taught by the 10th Sikh Guru at the time of formation of Khalsa in Anandpur Sahib. He preached equality. Despite having been elected from Anandpur Sahib earlier, Bittu has now shown that people had wrongly chosen him.”

Garhi said a complaint had been lodged with the Bathinda SSP by party leader advocate Navneet Kataria. “He has also attempted to malign the image of party chief Mayawati and general secretary Satish Mishra. An inquiry should be marked to a senior police officer and action should be taken,” the complaint read.

BSP’s ex-general secretary Sukhwinder Kotli too demanded an apology from the MP. “We do not accept the clarification that Bittu has given today. His words are beyond our tolerance.”