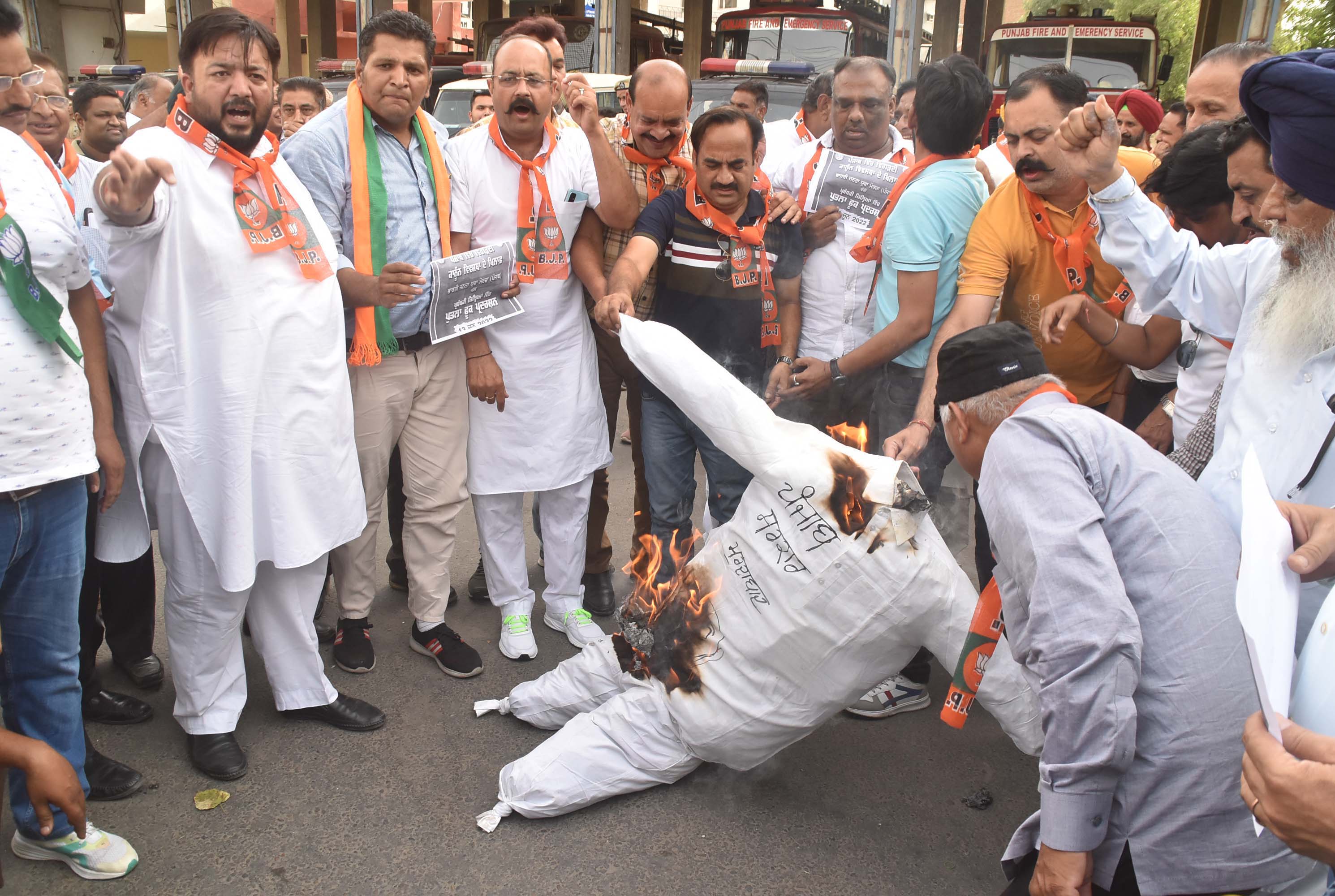 BJP workers burnt the effigy of the AAP government over deteriorating law and order situation in the state.

BJP workers burnt the effigy of the AAP government over deteriorating law and order situation in the state today.

During a protest led by Bathinda president Vinod Binta and Bathinda Rural chief Bharat Bhushan, the former said ever since the Mann government had assumed office, the law and order situation had deteriorated in the state. “We have been hearing of reports of killings and big scams from across the state daily,” he said.

In Fatehgarh Sahib, workers of the district unit led by president Pardeep Garg and Fatehgarh Sahib incharge Didar Singh Bhatti staged a dharna in front of the DC’s office.

Addressing the gathering, the leader said cases of murder had been rising steadily after the Mann government took over the reins.