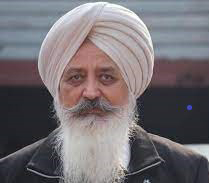 While questioning the stance of Sidhu and Chief Minister Capt Amarinder Singh, who had quit as an MP in the wake of Operation Bluestar, Chugh said Mali’s post has exposed the Congress’ heinous game plan during the 1980s.

He said while the BJP had always stood for justice for the Sikhs, it was the Vajpayee government which had for the first time laid the list of the Congress leaders involved in the anti-Sikh riots. The Modi government has subsequently made sure that the culprits were brought to book. Chugh questioned the Congress leaders for their “affection and favour” to Sajjan Kumar and Jagdish Tytler even after they had been held guilty by the inquiry commission. — TNS