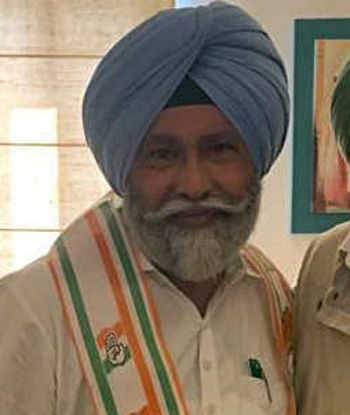 A video purportedly showing Mansa MLA Nazar Singh Manshahia being gheraoed by farmers at Joga village in the district has gone viral on the social media.

In the video, protesters are seen showing black flags to the MLA, who left AAP and joined the Congress, and raising slogans against him. Later, Manshahia can be seen pacifying protesters who are objecting to the switch-over to the Congress.

He was holding a meeting with party workers in relation to the Joga Municipal Council elections when farmers and labourers gathered there and protested against him. Protesters claimed many years had passed since Independence but successive governments had not made any concrete policies for the farmers and labourers. They also announced that in future as well they would continue to protest and gehrao politicians coming to their village.

“It was unfortunate that when I was holding a meeting at Joga village, a few people started raising slogans and staging a protest without any reason,” Manshahia said.

In another development, Mazdoor Mukti Morcha state president Bhagwant Singh Samao today announced their support to the farmers’ agitation. He said they would start round-the-clock protest outside the offices and houses of the ministers for 15 days over the non-fulfillment of promises made to the poor by the state government. They would pressure the government to announce the loan waiver and accept the labourers’ demands. — TNS