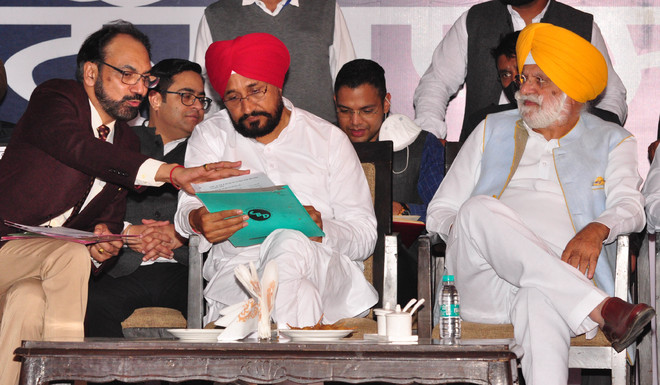 The 59-year-old IAS officer, who had been frequenting Banga lately, was seen seated next to the CM on stage. Prior to the CM’s address, the Principal Secretary listed out a few demands of the people from the area, all of which were accepted by the CM later. “People of this district can get their work done through him. I have learnt a lot from Lal,” the CM said. The IAS officer hails from Balachaur. — TNS