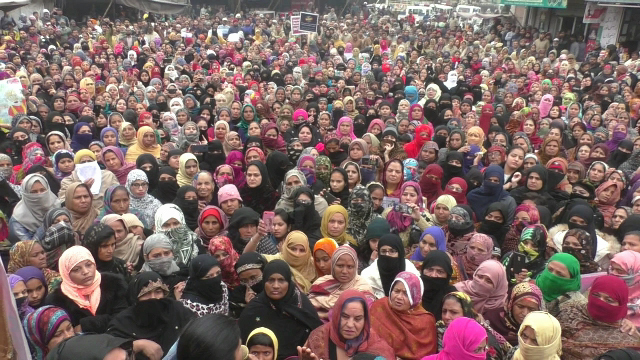 Muslim women take out a protest march in Malerkotla on Sunday. tribune photo

Malerkotla witnessed an all-women protest against the Citizenship Amendment Act (CAA) and the NRC on Sunday. A majority of Muslim women came out of their houses and participated in the protest.

They announced to intensify their agitation if the Centre failed to withdraw both the CAA and the NRC.

“The Centre has no right to use religion to grant citizenship. It has created such a huge panic that everyone is feeling unsafe. I and my family have started feeling like outsiders,” said Salma, a protester.

The women first reached the Sirhandi gate. Carrying placards, they marched to Satta Chowk, where they handed over a memorandum to SDM Vikramjit Painthey and demanded withdrawal of both.

A majority of protesting women were from Muslim family, some Sikh and Hindu women also joined the protest. “Though some women addressed the gathering, nobody led the protest. It was a joint protest by the local women. We will send the memorandum to the President,” the SDM said.