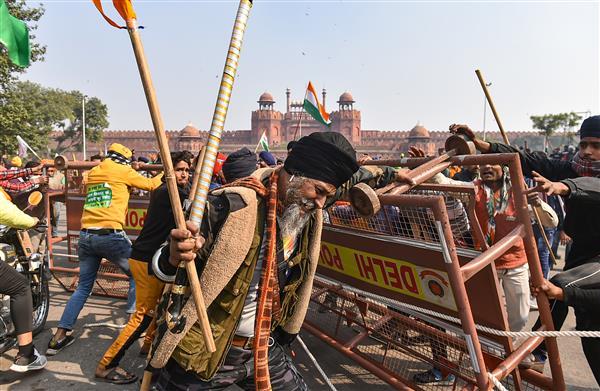 The committee has further pointed out that the route of the tractor rally to the Red Fort and the incidents thereafter were part of a “plot” to label farmers as hooligans.

The panel submitted its report to Speaker Rana KP Singh, who will send it to the state government for ensuring justice to the victims. The committee has not only pointed out conspiracy theory, but also said that protesting farmers were implicated in false cases and tortured. They needed free legal aid and compensation, the panel said. Ill-treatment was meted out to farmers in jails after implicating them in false cases, it said.

The committee said the state government should take up with the Centre the issue of withdrawal of false cases registered against such farmers, besides providing free legal aid and compensation to them. Farmers were arrested while they were headed to Tikri border to participate in the tractor rally, the panel has pointed out. The committee had visited Ludhiana, Moga and Bathinda to record statements of over 70 affected persons. — TNS