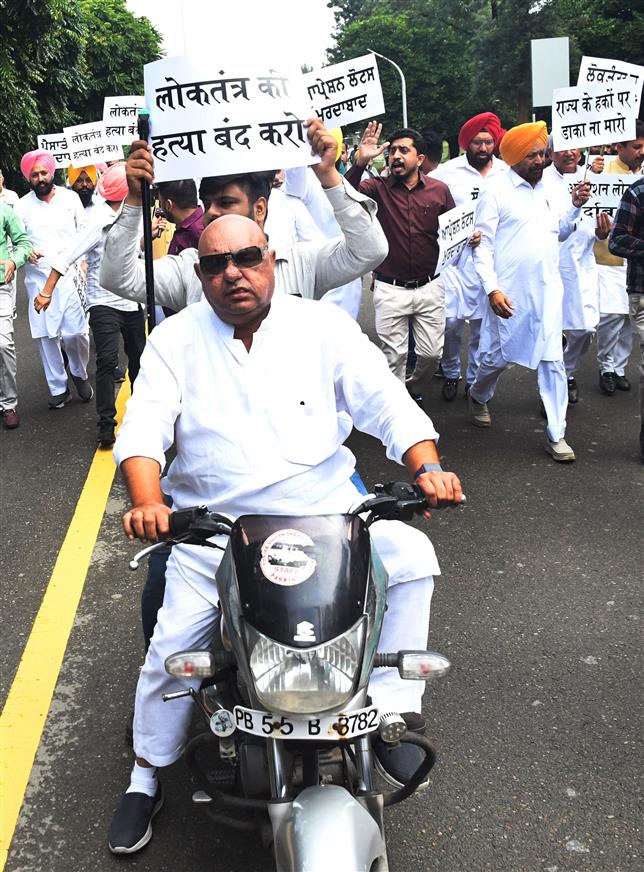 Condemning Governor Banwarilal Purohit’s decision to withdraw his assent to hold a special Assembly session, Finance Minister Harpal Singh Cheema today dubbed it a black day in the history of the Indian politics.

Addressing a press conference at the Punjab Bhawan here, Cheema said the way the Governor acted on the directions of the BJP and withdrew the permission for the special session indicates that the saffron party was trying to crush the country’s Constitution and the institutions based on the beliefs of Dr BR Ambedkar.

Accusing the Governor of working at the behest of the BJP, the minister said Purohit sought permission from the Additional Solicitor General of India after ignoring the AG office of Punjab and withdrew his earlier order. On the other hand, the Punjab Government led by Chief Minister Bhagwant Mann is following the Constitution of India in letter and spirit.

He asserted that AAP would not bend before the BJP as the Congress did. The Punjab Government has now called an Assembly session on September 27 to protect the democracy and its Constitution. During the session, the issues of electricity and stubble-burning will be discussed.

Attacking the Congress for skipping Gujarat and Himachal Pradesh during its ‘Bharat Jodo’ campaign, Cheema said they had surrendered before the BJP and working as their spokespersons to avoid investigations by central agencies.

Castigating the BJP, he said the BJP was frightened of the growing popularity of AAP and they had now accepted the fact that only Arvind Kejriwal-led party was going to shake their regime in the 2024 elections.

“It is proved beyond doubt that today, the BJP is only scared of AAP. They somehow want to halt the progress of the party. But I want to reiterate that the BJP will never be successful in its dastardly agenda and soldiers of Arvind Kejriwal will continue to work for the betterment of the country,” Cheema added.

He said that AAP was a party of people for the people, which had come out of the anti-corruption movement. “We will fight against them and work to make the country number one again. Democracy belongs to the people and is not owned by any party or person,” Cheema added.