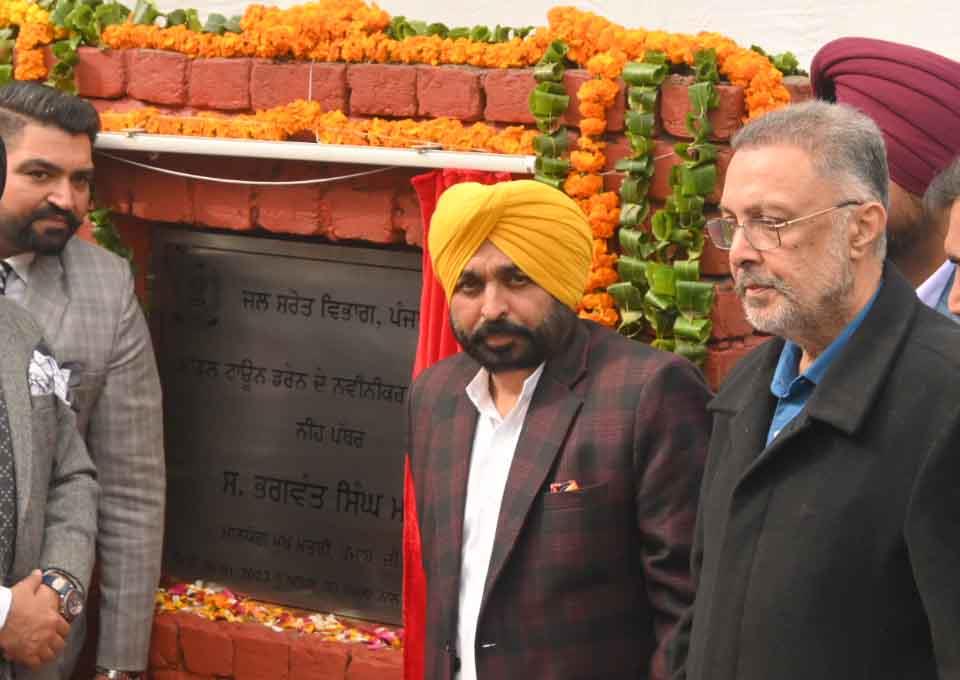 CM Bhagwant Mann lays stone of a project in Patiala on Friday.

Will CM Bhagwant Mann stand up & tell us which new projects he has given to the city or state? I think not. Capt Amarinder Singh, Former CM

Mann also ordered a Vigilance Bureau probe into the working of the Patiala Mayor in the past four years of the Congress tenure and into his disproportionate assets.

Asserting that despite being power centre, Patiala lagged behind in development due to vested interests and greed of the successive rulers. Mann said those in power decorated their own palaces at the cost of the city.

The Chief Minister, interacting with mediapersons after reviewing the progress of development projects worth Rs 167 crore, said it was ironic that the ‘maharajas’ in power were more concerned about their own development rather than that of the city.

Earlier, Mann said the work on a majority of the projects, including the construction of new bus stand, roads, drain channelisation, construction of a digital library at Musafir Memorial Central State Library and others have been hanging fire since long.

“My government is committed to the development of Patiala and we have put these projects on a fast-track mode,” he said, adding that a state-of-the-art bus stand would be completed by April 1.

The Chief Minister said Rs 20 crore was being spent on extending 24X7 canal water supply to the city residents, adding that the work on channelising and beautification of the model town drain would be completed by March 31.

“Rajindra Tank will be developed into a tourism spot for attracting tourists while Rs 8.26 crore is being spent on digitisation of the Musafir Memorial Central State Library.

Reacting to it, Capt Amarinder Singh, who recently joined the BJP, hit back, claiming that all new projects to be completed in a few months were started in his tenure.

Amarinder tweeted: “How ironic! Bhagwant Mann comes to Patiala & says I have done nothing for the city and then in the same breath goes on to announce the same projects that I had already initiated during my tenure & and are near completion”.

“Will the CM stand up & tell us which new projects he has given to the city or state? I think not”, read another tweet by the former CM.