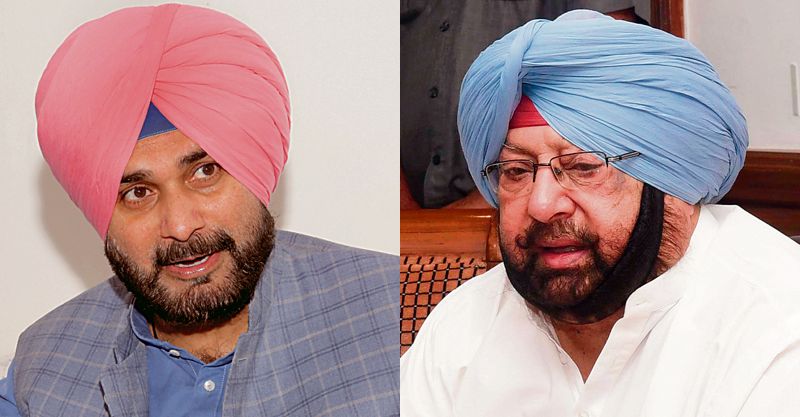 With Capt Amarinder Singh all set to float a party and championing the farmers’ cause, PCC chief Navjot Singh Sidhu on Thursday accused the former CM of being the architect of the three ‘black’ farm laws. “The architect of three black laws, who brought Ambani to Punjab’s ‘kisani’, who destroyed Punjab’s farmers, small traders and labour for benefiting one or two big corporates,” he tweeted.

Also read: ‘What a fraud you are’: Capt Amarinder hits back at Navjot Singh Sidhu

Captain Amarinder Singh ‘nationalist’, open to alliance with him: BJP

Hitting back, Captain Amarinder Singh claimed that Navjot Sidhu was clueless about Punjab and farmers’ interests. “You clearly don’t know the difference between diversification and what the farm laws are all about,” he alleged. Targeting Punjab affairs in-charge Harish Rawat over his secularism remark, the former CM reminded him that Sidhu had been with the BJP for 14 years and Pargat Singh was with the SAD prior to joining the Congress. — TNS